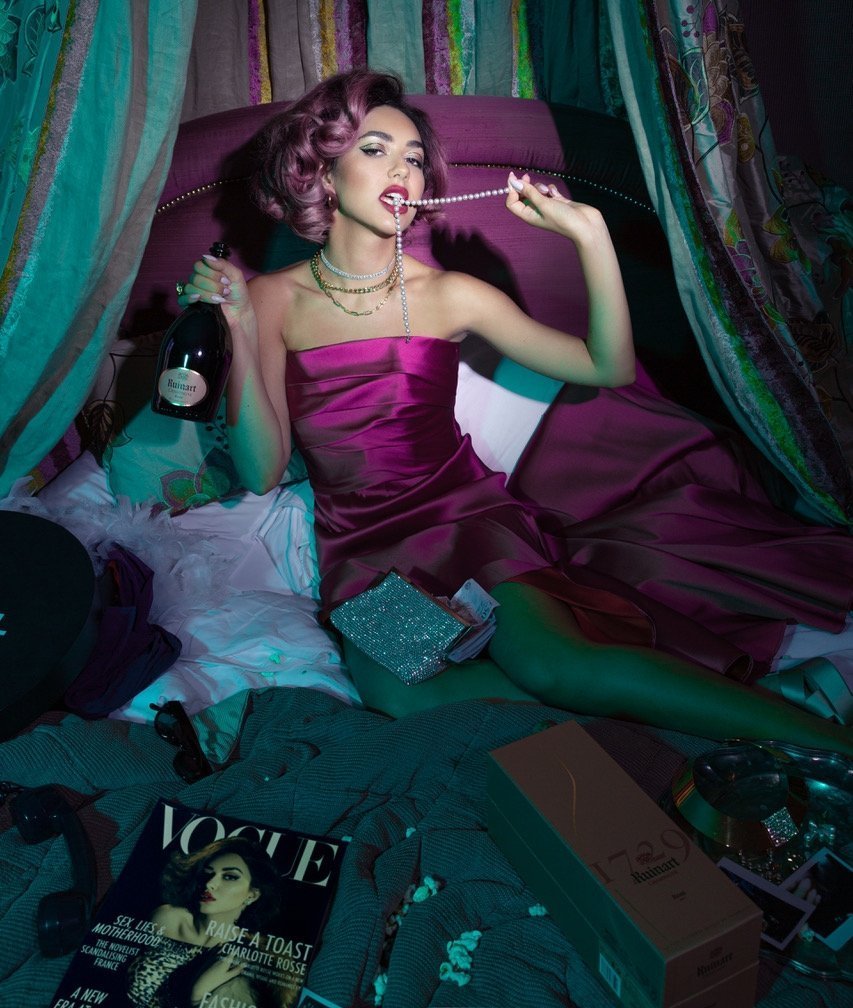 Returning with an acoustic version of her single, Raise A Toast, glamour pop singer Charlotte Rosse is back with pink wig and roses all the same. This acoustic track was the first listed from a forthcoming EP, and is a pitch perfect intro into the artists world of music and emotion.

Showcasing front and centre Charlotte’s operatically trained vocals at their full strength, Raise A Toast accumulates classical influences from Mariah Carey to Barbra Streisand and combines them with the original power-pop track to turn it into a more intimate acoustic performance. The video follows a similar style, as the singer oozes class on a track that she describes as an “anthem for loneliness”, that documents her time moving from Poland to London.

“The acoustic version of Raise A Toast captures the vintage sound I was imagining when writing it,” says Charlotte, who co-wrote the song alongside top English singer-songwriter Arrow Benjamin. “This arrangement gave me much more creative and vocal freedom to express my classical influences, so I decided to extend the song with an outro of vocalise which, combined with Rachmaninov’s intro melody, created a great new frame for the song.”

Winning choral singing contests in Lodz since her childhood, Charlotte fled to the UK after suffering back home, and is ready to tell her story via her pop music. This new version of Raise A Toast is sure to show audiences just how personal and intense the singer’s performances can be.