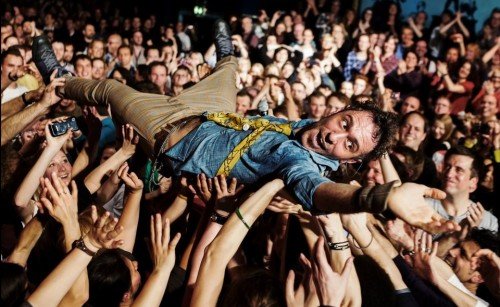 Singer/songwriter Charlie Winston’s new album Running Still is set for release in January 2013. Having been personally signed to Peter Gabriel’s label Real World Records this a man who fits perfectly into the pages of FAME Magazine.

We were fortunate enough to grab some time with Charlie to learn more about him and his work.


Hi Charlie. So what can you tell us about your album ‘Running Still’?

I’m not sure what there is to tell about my own music. I recorded it last year in Los Angeles, with producer Tony Berg and mixed it in Paris at La Frette Studios. It takes on a mixture of styles, as is my tendency.

I started with 27 songs, which we got down to 12 quite efficiently, by looking at each song in it’s entirety and trying to choose ones that I felt were really saying something, for me at that time in my life.

The general outcome is that it’s a very rhythmic record, but with the subject matters and melodies on a more introspective slant. 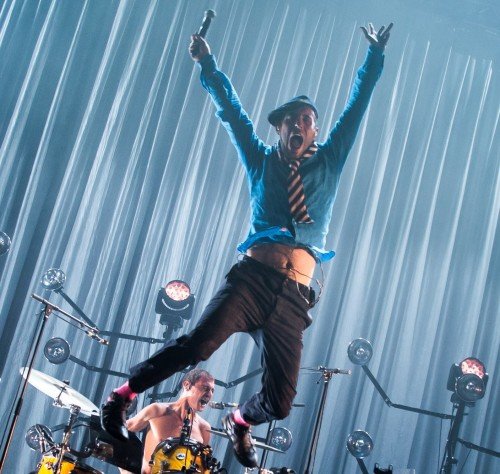 How involved are you in the process of making an album. Are you a hands on musician?

Yes. About as much as is possible. Everything that I do in my work is a means of expression. I like to use my hands when I express myself.

You are signed to Real World Records. I believe Peter Gabriel himself got you on board. How did that come about?

Turned out she was a neighbour of mine in London so we became friends.

Eventually, I got to know Peter better and one day Mel mentioned to me that Peter he was coming to London for a reward ceremony but had no one to look after his 3 year old son for the evening.

I had nothing to do so I offered to baby sit. At the end of the evening, Peter paid me for my work and I offered a demo CD of my latest music.

A few months later he called me to say how much he loved the CD. From there I was signed to Real World.

How did you get started in the music industry?

I don’t remember any beginnings in particular. I think you just have to keep working as much as possible and grabbing whatever opportunities come a long.

That means doing a lot of shitty gigs to many people that care very little about your music.

Then, after a good several years of that, bits and pieces start to fall into place. It’s hard to say where it actually starts, other than ones own belief and tenacity.

Can we ask you about some musical influences. Have you any industry heroes?

Tom Waits is an industry hero for me. He’s one of the few rock & roll legends to have got more eccentric, the older he gets and to always have stayed on the scene, as an active artist, without always being in the limelight.

As alluring and seductive as fame is, it can also be a drug, taking that person away from what’s real. Mostly, it’s only beautiful and glamorous on the surface – the effect it has on the core is another story.

It’s for that reason, I look toward those who do it their own way, without needing the permanent affirmation that they are loved.

However, it’s a very complex work, of which I have entered myself into, and I guess you could say that i am still at the beginning, so I should watch the things I say.

Younger examples of artists whose direction I appreciate (in terms of industry) are The Streets, who has a great way of connecting with his audience, on stage, off stage and on line – and Dizzy Rascal, whose proven himself to be a very sharp, independent thinker and businessman, outside of the music.

Another one is Plan B, whose also shown he can think out of the box with Ill Manners. I think there are more entrepreneurial thinkers in the urban music platform – it doesn’t seem to be as defined as in other realms.

For example: Jazz music and rock music are now becoming another type of classical because we can define them into categories and sub-catagories.

Urban music hasn’t reached that point yet so there is more scope to be dynamic with choices of expression. It’s also the landscape (emotional and real) that people are most familiar with now.

If you had a dream collaboration who would it be with?

I hate to disappoint you but I just don’t dream about collaborating with people. It always depends on the chemistry between us.

Sometimes it works and sometimes it doesn’t, even if we love each other’s music. So I don’t think about that and just let those things happen naturally.

Have you any plans to tour with your new album?

I believe there are being some plans drawn up as we speak for me to take this record on tour in the UK sometime next year. I am not aware of fixed dates as yet, but I’ll be happy when I do see them.

Social media is a big part of any artists business these days. How savvy are you with things such as face book and twitter?

Pretty savvy. I like to connect with my audience and for them to get a better look at what sort of artist I am. I like to look at most things with a distant step and a sense of humour; social networks gives me a platform for my audience to realise that.

However, I go through phases with my connectivity levels. I only open my mouth when I feel that I have something to say, rather than spouting whatever rubbish rises to the surface of my daily trivial life.

If you had five words to describe your music what would they be?

Finally Charlie what do you do when not making music. Have you any interesting hobbies/pastimes?