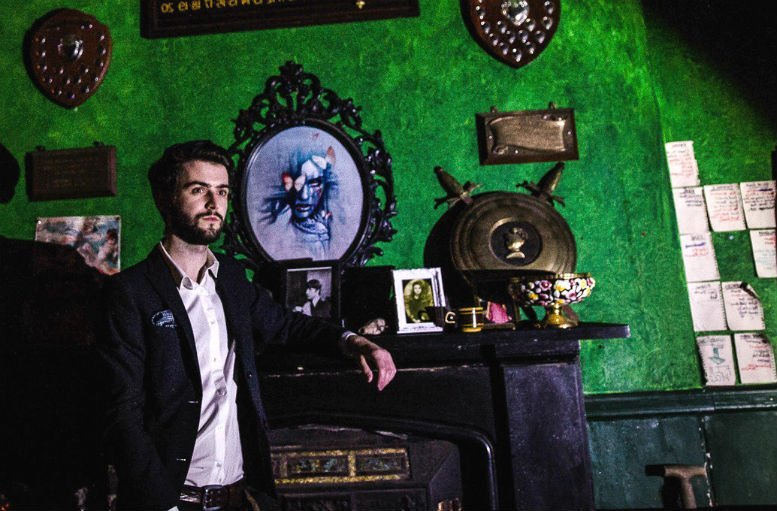 Charlie Barnes, is a solo project, but it’s also a band, which delivers a brainy explorative sound. His debut album titled ‘More Stately Mansions’ (produced by Steve Durose of Oceansize) is out now via Superball Music.

Starting our journey with Charlie, it feels like we’re climbing a mountain here and as we reach the peak, the musical delights will be glorious. ‘Sing To God’ is where Charlie’s strength lies though, a beautiful cacophony of strings and guitars, all expanding and collapsing at once around Charlie’s heartfelt vocals.

Barnes’ sound is mature beyond his years – this doesn’t sound like it was written by a young man in his twenties. But this may be Charlie’s stumbling block. Although the music is strong in the first half of of the album. it flits between a modern take on prog to more ambient, instrumental moments as heard on ‘Easy Kid’.


Charlie Barnes’ debut album ‘More Stately Mansions’ is as stately and majestic as it sounds.

‘Balloons’ meanders on the edge of darkness and there’s a Matt Bellamy-esque tinge to Charlie’s voice here, whether that’s a good thing though is up for debate.

As we reach the midway point of the album, ‘Macbeth, Macbeth, Macbeth’ brings back that energy felt at the start and there’s a hint of Oceansize in the jagged, unforgiving riff we hear throughout the song. It’s a surprising twist but it doesn’t last for long.

The energy of the album seems to ebb and flow though and we’re brought back to a more introspective place as the album comes to a close.

Charlie’s heavier moments are really incredible and the pace and vibe of his more upbeat side to Barnes is a route he should certainly pursue. However, after a while the harrowing vocals and long drawn out songs (which go on a little too long sometimes) feel like he’s labouring the point a little.

It’s not quite rock for rock, not quite prog for prog and there’s a whole lot of slow ‘Muse moment’s lumbered in between.

He’s a talented artist with a lot of potential but this feels like a patchy first album, let’s hope the second sees him hone his sound.