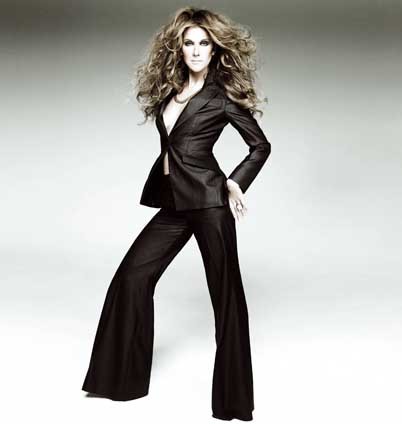 Less than two months from today, the final curtain will rise and fall, on Celine Dion’s record breaking engagement of A NEW DAY… at Caesars Palace, Las Vegas. December 15th, 2007 marks the end of a remarkable journey of five consecutive years of sold-out performances, playing to nearly 3 million people. But as this incredible journey comes to an end, a brand new adventure begins!

“Taking Chances” WORLD TOUR 2008 promises to be another spectacular live concert event where Celine will perform her biggest hits, along with songs from her new English album “Taking Chances” which will be released on November 12. The show, which is being directed by Jamie King (Madonna’s “Confessions” World Tour, Christina Aguilera’s “Back to Basics” World Tour, Ricky Martin’s “Livin La Vida Loca” World Tour) will accompany Celine’s performances with a visual feast of color, fashion, dance and surprise!

Already on sale in France, Belgium, Switzerland, and South Africa, this week marks the announcement of a series of new shows in Europe, including Dublin, Germany, the UK, Sweden, Denmark and Austria. Additional countries in Europe and around the globe will be announced in the coming weeks.

“These past five years of performing at Caesars Palace in Las Vegas has been an incredibly rewarding experience for myself and my family, but I’m ready to hit the road again, with my husband and son by my side”, says Dion. â€œWe released a new French album several months ago, and a new English one on the way, so it’s going to be exciting to perform these new songs with a brand new show, especially in front of the big audiences in stadiums and arenas.” We always enjoyed touring Europe…the fans are so passionate. I’m looking forward to visiting cities that we’ve toured in before, as well as performing in places that we’ve never been to. I can’t wait!”

For information about the exclusive TeamCeline Ticket Pre-Sale for Celine’s concert and for additional tour information, please visit the “What’s Goin’ On” page on celinedion.com