As temperatures soar in the jungle, Kayla showered in the Australian bush yesterday, the curvy blonde, 23, put on a good show as she enjoyed a bikini-clad shower.

But despite her sensual wash, the scenes didn’t end up on last night’s episode because she was wearing a two-piece from her own Sweet range. 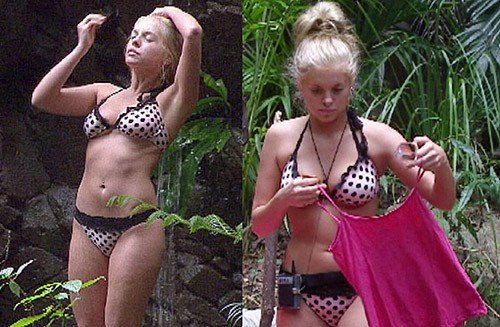 Before she entered the show, Kayla admitted she had packed three bikinis for the jungle: She said: ‘I will be wearing some very sexy bikinis in the jungle. One is a leopard print bikini, one is a black bikini and another is a light pink bikini with black polka dots.

‘They’re very cute and very sexy. I’m thinking they are sure to get me some male admirers – and some female admirers, too.’ 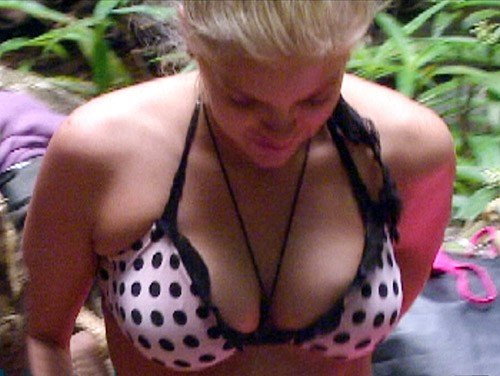