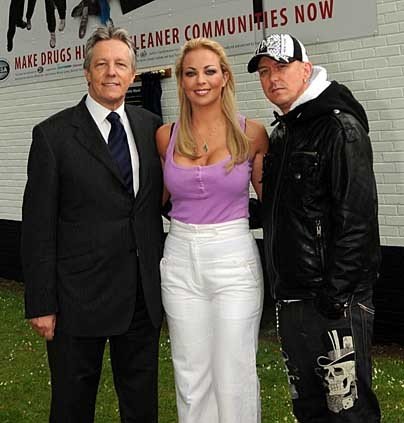 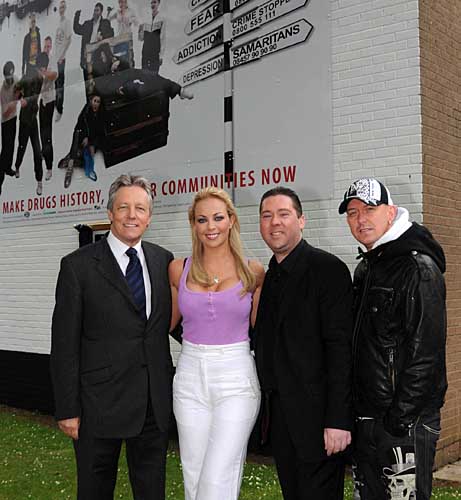 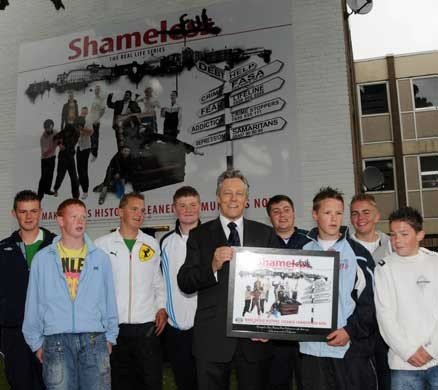 The workshop, in association with TAGIT (Tullycarnet Action Group Initiative) and funded by EDACT (Eastern Drugs and Alcohol Coordination Team), is designed to show young people that drug culture should not be seen as socially normal or acceptable in local communities, and to illustrate the dangers of drug abuse.

Although the project was the first of its kind, FASA Executive Director Anne Bill MBE said the response to the programme has been overwhelming and they plan to do introduce it to different communities across Belfast.

She added: â€œThe main point of the programme is to show kids that binge drinking and taking drugs is not normal behaviour and to let them know that they donâ€™t have to take part in that.

â€œOur job is to educate the teenagers so they are fully informed of all the dangers and consequences that result from indulging in heaving drinking and drugs, and then at the end we give them the opportunity to express their feelings using different media. In this case they chose a mural and I think it turned out fantastic

â€œThe who thing has been a success in two ways. First and foremost the young people have the knowledge and the power to turn away from antisocial behaviour and drugs, and secondly they are able to inform the general public and raise awareness of the issues surrounding drugs and alcohol.â€

He said: â€œIâ€™m delighted to be here at the unveiling of this mural. There is a very clear message here and that is the damage that drugs do, especially to young people, leading to things such as money problems and depression and in some cases eventually death.

â€œIâ€™d like to offer my congratulations to all the young people who took part and all the community leaders who made it possible. It is our responsibility now to carry this message out to young people in our local community before they destroy their lives. It is important they realise that it is not normal to get involved with drugs and they can have a far better life if they donâ€™t.â€

Model and former Miss Great Britain Gemma Garrett, who grew up in the area, understands the pressure to take drugs.

She said: â€œIn the fashion and beauty industry drugs are rife but it’s important to realise that only those who steer well clear make a long-time career for themselves.

â€œI’d like to congratulate all the young people and community workers involved in the mural project.

â€œIt’s great to see people working together to combat not only the problems associated with drug and alcohol abuse but also to work at discouraging anyone who feel pressured into using drugs, whether legal or illegal, and alcohol as a coping mechanism or escape from their day-to-day lives.â€

Clubland DJ and music producer Micky Modelle, who is also from East Belfast, added: â€œI’d like to thank the young people and the community groups for inviting me along to this unveiling.

â€œThis is a great way to get the message across to young people especially who are more often than not getting involved in drugs and alcohol because there is nothing else for them to do.

â€œI’ve been in the music business for 20 years and I’ve never got involved in drugs and I hope by being here today along with Gemma Garrett shows the young people that if we can come from East Belfast and be successful in our chosen careers, then so can they.â€

The mural, also supported by Castlereagh Borough Council, Tullycarnet healthy neighbourhood project and Conflict Transformation Initiative is displayed on Kings Road, a main route for traffic in and out of Belfast.