Itâ€™s time to paint the town yellow as Sky1 HD celebrates 20 years of televisionâ€™s most famous, and reassuringly flawed, family, THE SIMPSONS.

If that’s not enough to wet your appetite, Sky1 HD will also be launching a brand new series of THE SIMPSONS in a weeknight slot. That’s right, every Thursday at 7:30pm, Sky1 HD will be broadcasting brand new episodes of the show Time magazine called â€œThe Best. TV Show. Everâ€ four years ahead of any other UK channel and in high definition. 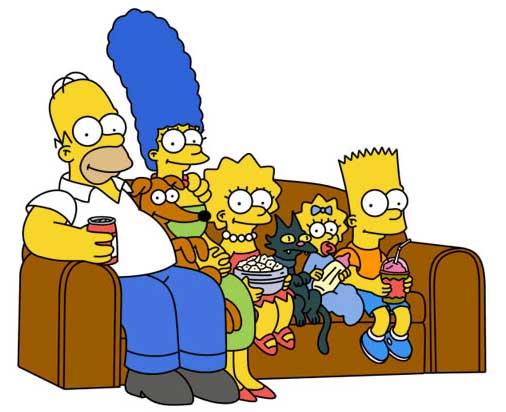 Thursday 14 January, 2010 marks the seriesâ€™ 20th anniversary, giving Matt Groening and the team an excuse to crack open a Duff beer or two. To celebrate this milestone, Sky1 HD takes a look back at 20 years of record-breaking global success – the super fans, the controversy, the guest stars and all the behind the scenes goings on – in three special programmes, each voiced by Ricky Gervais.

THE SIMPSONS launched in 1989 and immediately became a cultural phenomenon – the seriesâ€™ distinctive and innovative style paved the way for a plethora of cutting-edge, primetime animation. Now the longest-running comedy in television history, THE SIMPSONS struck a chord with Sky1 and viewers across the globe for its irreverent style, poking fun at itself (and everything in its wake). Subversive, zeitgeist entertainment and making an unparalleled impact on popular culture, THE SIMPSONS family have become celebrated global icons recognised from Aberdeen to Zimbabwe. 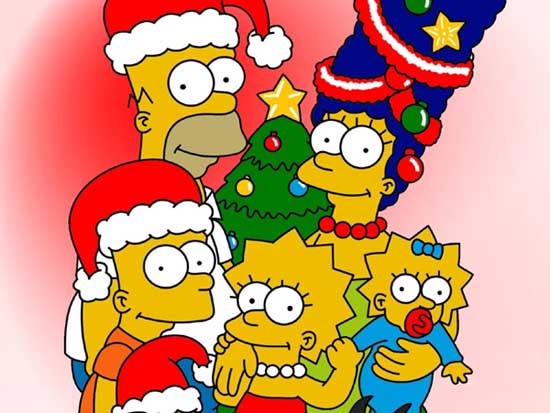 Speaking to creator Matt Groening and exec producers Al Jean and James L Brooks, the first programme, SIMPSONSâ€¦ACCESS ALL AREAS (Monday 11 January) looks back at the rise of THE SIMPSONS from its humble beginnings as a small cartoon to become the worldâ€™s longest running sitcom. Meeting cast members including the voice of Bart, Nancy Cartwright, cameras reveal how each episode is put together. Plus, celebrity fans including Simon Cowell and Hugh Hefner offer their opinions on why the show is such a phenomenal success – and just why Simon’s so passionate about Mr Burns.

SIMPSONSâ€¦ACCESS ALL AREAS will take Sky1 viewers on a tour behind the scenes of the animation studio at Film Roman, meet the series’ composer Alf Clausen and hear how the SIMPSONS were painted yellow in the first place – and see what they’d look like if they were purple, not yellow.

The second programme, SIMPSONS…MISCHIEF & MAYHEM (Tuesday 12 January) focuses on the worldwide impact of THE SIMPSONS, looking at the wealth of merchandise and superfans the series has generated and how the seriesâ€™ controversial edges have, at times, offended people around the globe.

The final programme, SIMPSONSâ€¦CELEBRITY FRIENDS reminds viewers of the plethora of showbiz A-listers who have been enticed to guest-star in Springfield. Simon Cowell, Christina Ricci, Hugh Hefner, Placido Domingo, George Takei, Elliot Gould and Tony Hawk all talk about their experiences.

The premiere episode, Homer the Whopper, is penned by Knocked Upâ€™s Rogen and Evan Goldberg, and sees Homie as the unlikely star of a superhero movie. Whipped into shape by a celebrity fitness trainer, Marge has her fingers crossed that her Homie wonâ€™t revert to his eat-anything-in-sight ways too soon.

Airing brand new instalments of THE SIMPSONS four years ahead of any other UK channel and in high definition, only exclusive episodes will be seen on Sky1 HD and Sky1 from Thursday 14 January 2010.