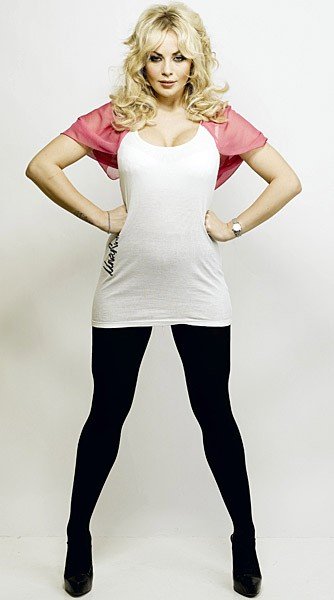 The T-Shirt was part of the launch of the 2010 FATE Awards party later this year which have chosen Pretty â€˜Nâ€™ Pink as their charity of the year.

The limited edition t-shirt launched at House of Fraser in Victoria Square and my spies tell me if you want to get your hands on one you need to be quick as there are only a few left in stock.

T-Shirtâ€™s are just Â£20.Â  All profits from the t-shirt will go directly to Pretty N Pink.