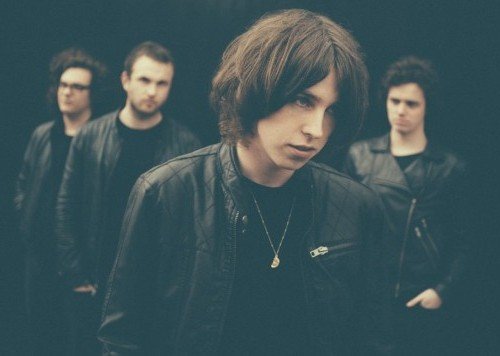 Hailing from North Wales guitar-based quartet Catfish and the Bottlemen are perhaps one of the fastest rising bands in the UK.

They are currently on an extensive UK/Irish tour, are receiving wonderful reviews across the board and also have their debut track ‘Homesick’ released through Communion Records on June 17, 2013.

Hi guys, so great to meet you. So how has your UK/Irish tour been so far?

Hellooooo, it’s a pleasure, thank you very much for having me. It’s been amazing, seriously amazing! the response we’ve had from people has just been crazy! We just feel incredibly humbled to have people making there way to see us now after a few years of grafting our asses off!

What can fans expect from a live show by Catfish and the Bottlemen?

In your own words how would you describe your music?

It’s always hard to answer this one but we’ve always just said explosive because we try to write our songs on how they feel not how they sound. So we try and make choruses blow up and actually try and pin you back to a wall. So explosive? if that makes sense haha?

Set-wise do you only play your own material. Or perhaps do you drop in the odd cover song?

We’re just about good enough to play our own songs never mind other peoples!!! x

You release your debut track ‘Homesick’ in mid-June. What can you tell our readers about it?

It’s probably the closest thing to a ”love song” we have, even though it’s nothing like one! It’s just a kind of long distance relationship tune. About us always being away and me not being able to see my beloved little rascal of a lady and just squabbling over the phone craving each other.

I have to ask you about the band name. Where does it come from?

It’s a long story but for the first few years of my life as a nip nap I spent in Australia cause me Mum and Dad ran off there and fell in love, got married and alllll that kind of thing! One of my first recollections of hearing music was plodding along the harbour stark bollock naked and watching this guy play drums on these half full bottles of wine. He played like christmas songs and stuff and entertained the passers buy, busking you know? Anyway, his name was Catfish the Bottleman. So that stuck with me all my life and when it came to naming the band, he popped up. 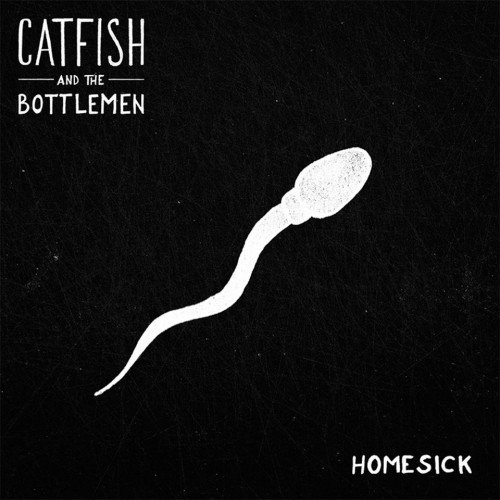 Have you an album in the works too. If so when can we see it released?

To be honest we’ve got about 7 in the works! before we got a record deal we said to ourselves we want to have loads and loads of songs because we never want to flop when the time comes. So we’ve actually got a hundred odd songs ready to go but we don’t want to stick it out until the time is right! we’re just going to drop this single and then another one later on in the year and see how they go. This one has gone way better than we expected, we’re so grateful to everyone who’s into it! it’s crazy man!

What have the band got planned after this current tour. For example have you any festival appearances lined up?

We’ve heard a load of things and different plans for after the tour, everything seems to happen so quick we don’t really notice it happening if you know what I mean??? We just get told to get in the van and where to drive to and we do it! I know we’re heading out to Czech Republic to do a festival with Queens of the Stoneage and Foals, people like that. Germany again I think? Maybe a headline tour towards the end of the year too.

May we ask you how the band formed and what dreams/aspirations you had back then?

Billy and Ben were a few years above me in School and I was best friends with Bills little brother. Anyway, Bill taught me and Ben how to play a few chords and we all started playing together. At the time Billy was going out with an woman a lot older than him who turned out to have a son who was insane on the drums! THE DOCTOR!!!!! So how weird’s that, Bill used to go out with Dr.Bobs mum???

We’ve always had the same dream and I think it’s the same as every band who starts. Take over the world!!!! That has to be the dream surely? If you’re a footballer you want to take over the world of football and be the best there is surely? or why do it? So it’s the same for us. We just want to be a band who are honest and true to ourselves, make the music we want to make and work as hard as we can! give it a fullllllll on goooo you know? 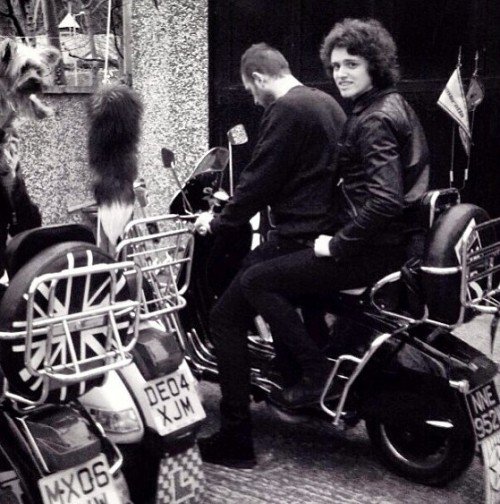 Are there any bands/artists that you as a band or as individuals are inspired by?

We’re all into our older music really, stuff our Dads brought us up on. Like i’m really into singer songwriter stuff. My hero is Van Morrison, that’s who me Dad named me after. I know Billy really loves Elvis and Dire Straights people like that!!! As a band though i’m inspired by the other lads, just knowing i’ve got a solid band behind me makes songwriting a joy man! They really are class! but I do hate their personalities with a passion.

How active are you as a band when it comes to your fans. Do you interact with them at gigs and online (via social media sites etc)?

yeahhhhh man! it’s so important! we don’t see people as fans or anything like that. I hate feeling like they’re not a part of the band. So after gigs we go out the front and drink with as many people as we can, go on nights out and stuff. Tell people on twitter where to come meet us! The amount of times we’ve been chucked out of our own hotel rooms cause they’ve been full of people we’ve met at gigs and taken on a night out with us is uncountable! That’s what it’s all about though! without those people there wouldn’t be a band!

Finally what can you tell us about life on the road with Catfish and the Bottlemen. How do you all pass the time travelling between gigs?

Haha fighting mostly! We’ve been on the road for nearly 2 years straight and that’s not a lie! We’ve done our best to live in the van for the last two years and not give ourselves any breaks! It’s like a big family now, like even our roadies are our best friends from school.

We’re at that point now where we’re only in the band together cause we don’t know anyone else who can play instruments haha. We’re completely in love with each other and wouldn’t swap it for the world but there’s only so much you can take of each other being stuck in a wardrobe on wheels for that long haha.