After announcing their reformation earlier this year, 15 years on from the release of their million-selling debut â€˜All Changeâ€™, Britpop giants Cast are back, and today announce they will play at next yearâ€™s Isle Of Wight Festival.

Having just completed a massive sold out tour of the UK, taking in 2 London shows and finishing in their home town of Liverpool last night, where John Power played an impassioned version of â€˜Working Class Heroâ€™ in tribute to John Lennon, the band will play the legendary Isle of Wight Festival on Sunday June 12th 2011. 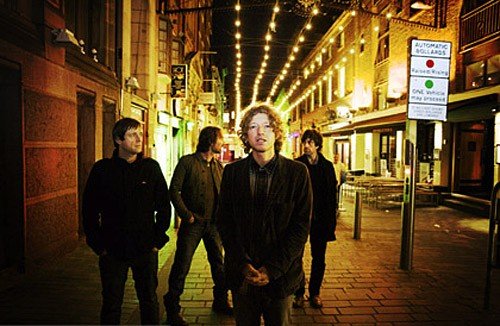 This month the band are heading back into the studio to record a brand new album. The album is set for release in early 2011 with the aid of cutting-edge, direct to fan music model PledgeMusic.

PledgeMusic is the platform that helps bands and musicians make music without the aid of a traditional record label, by allowing fans to contribute to, and get involved in, the whole process.

What Cast fans get in return depends on what they pledge for. Everything – from a signed copy of the new album to an invite to the bandâ€™s rehearsal room to a private acoustic set by the band – is up for grabs. Thereâ€™s also a live version of â€˜Working Class Heroâ€™ (recorded in Bristol) available exclusively to all of those who pledge.

Another feature of the PledgeMusic system allows a percentage of the money raised to be automatically donated to a charity of the bandâ€™s choice. Cast have chosen Shelter.

Says John Power: â€œWeâ€™ve chosen Shelter because they do such awesome work to help people in the UK who are facing homelessness or who have housing issues. Thanks in advance for helping us to help them.â€

For a full list of pledges check out www.pledgemusic.com.

Tickets for The Isle Of Wight Festival are available from the usual outlets.