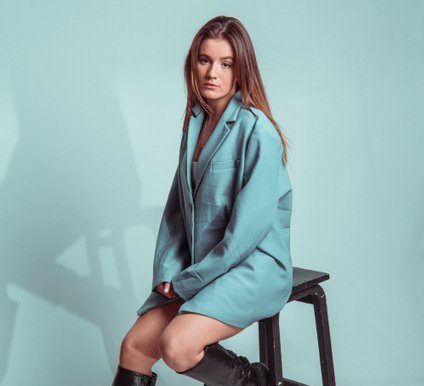 In addition to the announcement of some new music coming next month, Cassa Jackson has just announced that she will act as the primary support on pop royalty JLS’ comeback tour, the #BeatAgain Tour.

This is major news for the underground pop star, who has amassed more than 4 million Spotify streams, has countless Tik Tok and Instagram support, and just graduated with a first! All in a day’s work for this hard-working star on the rise.

New song, Wish I Didn’t Care (set for release in September) is a darker sound from the pop princess, illustrating the uglier side of love and envy. Jackson has proven herself time and again to be an expert at capturing the raw, honest emotions associated with love and relationships, and translating them into killer pop songs, and this new track is no exception.

Cassa is trilingual and has just graduated with a first from Bristol University reading French and Spanish. Her aptitude for languages has opened doors across Europe where she has worked closely with the Parisian duo sensation KLYMVX, recording at the Studio Grande Armée in Paris. She also has a track with renowned DJ Steff Da Campo which is due to be released in summer 2021. There’s no doubt that her wide understanding of how language works has enabled her to craft songs with lyrics that are universal and relatable, whilst all the time sticking true to her personality and her own passionate nature.

WISH I DIDN’T CARE is out on the 2nd of September and is followed by the CROSSROADS EP on the 7th. The Beat Again Tour kicks off on 20th October.