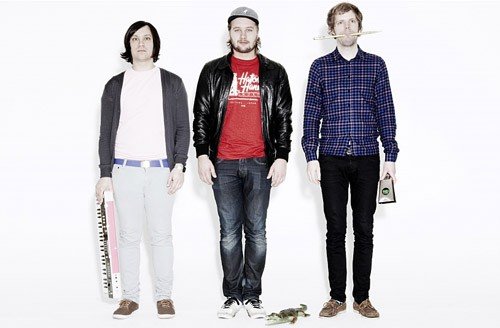 Norwegian avante-garde-synth-pop maestros Casiokids announced a new UK tour in January 2012. ‘Aabenbaringen Over Aaskammen’ is the eagerly anticipated debut album from Casiokids. Due for release on January 16th 2012 through Moshi Moshi Records, it follows the recent single ‘Det Haster!’ and marks a welcome and refreshing return for the quartet.When in Paris recently, Casiokids recorded this session, playing album track ‘London Zoo’:
Whereas their past releases have been recorded quickly in unusual locations such as guitarist Fredrik Vogsborg’s father’s office, the hallway of the Bergen Jazz Association, and an old canteen, ‘Aabenbaringen Over Aaskammen’ came to fruition within the band’s rehearsal space at the newly established Bergen Kjøtt (a converted old abattoir also home to Datarock and Røkyskopp).

The tracks were also recorded at the band’s own pace, all within the same timeframe. As a result, the record is much more cohesive than their collection of previous singles and unlike anything Casiokids have released thus far. The record also features guest appearances from of Montreal members.