Filming has begun on Sunshine, a three-part BBC comedy drama which will be shown on BBC One in autumn 2008.Sunshine has been co-written by Craig Cash and Phil Mealey, the team behind the BBC’s hit comedy Early Doors, and co-writers of the BAFTA Award-winning Royle Family â€“ Queen Of Sheba. Starring Steve Coogan (I’m Alan Partridge, Saxondale), Bernard Hill (Lord Of The Rings) and Lisa Millett (Drop Dead Gorgeous, Blackpool).Sunshine is the bittersweet story of three generations of the Crosby family.

Bing has been fascinated with gambling since he was a child. Bernadette was his childhood sweetheart and, in spite of his addiction, they have become a couple. The family is completed by their young son Joe and Bing’s father George.

The relationship between grandson and grandad is a golden one, based on absolute trust and mutual affection.

However when Bing’s gambling spirals out of control and his losses reach unsustainable levels, the only things left to lose are Bernadette and George. 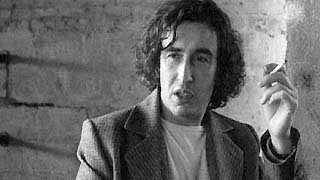 Suffused with warmth and laughter, Sunshine is above all a heart-warming story about how when you reach rock bottom the only thing that matters are the people you love.

Sunshine is the first project to be made by Jellylegs Productions and is directed by Craig Cash.

It is been produced by John Rushton and the executive producer is Nicola Schindler.

Producer John Rushton says: “I am delighted that Jellylegs brings a new production to the north west of England, using the talents and experience that the region has to offer as well as featuring many well liked and respected faces from entertainment and drama.”

Sunshine has been commissioned for BBC by and Lucy Lumsden Controller of Comedy and Jane Tranter, Controller Fiction.

Speaking about the drama Lucy Lumsden says: “With the combined talents of Craig Cash and Steve Coogan, Sunshine is a significant comedy drama from the north for BBC One. We are delighted to be working with Jellylegs on their inaugural production for BBC Comedy.”

The executive producer for the BBC is Cheryl Taylor.

Sunshine is being filmed on location this spring near Stockport and in Salford.