With her album ‘Deleted Scenes From The Cutting Room’ riding high in the UK charts Caro Emerald announces her first UK concert. The Dutch superstar will be joined by her eight piece band to perform songs from the debut album, which this week was certified gold. 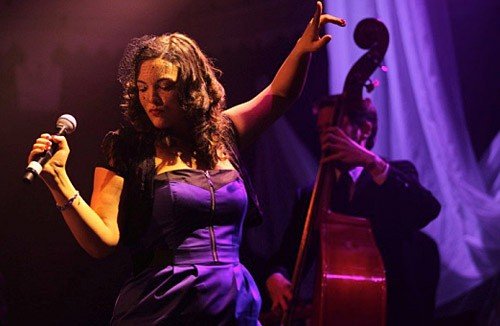 Caro’s most recent single ‘A Night Like This’ was released in May and accompanied by a performance on ‘This Morning’ that saw her album leap into the top 10.The new single ‘That Man’, released on 11th July, effortlessly mixes 50’s chic with a poppy vigour and contemporary DJ effects, and sees Caro on upbeat form, simultaneously at her most intoxicating and intoxicated.
Her lyrical tales of romance and deception over a blend of Samba, jazz, bossa nova, mambo and crackling vinyl have seduced fans wherever she has played.