Having taken an 18 month career break due to the birth of her twin sons in November 2006, Irish folk singer Cara Dillon returns with major plans for 2008 and beyond. Autumn 2008 will see a new, as yet untitled, album, the first since â€˜After the Morningâ€™ was released in February 2006.

Itâ€™ll also be her first on her own Charcoal Records, created by Cara and partner Sam Lakeman.

In advance and in anticipation of the new album, Caraâ€™s debut DVD â€˜The Redcastle Sessionsâ€™ will be released on May 26th on Proper Films â€“ a joint venture between Cara & Sam, award winning filmmaker Robin Bextor and Proper Music Distribution.

May and June see extensive live dates including a special Belfast show at the Opera House on 10th June.

To kick things off, the single â€˜If I Prove Falseâ€™ is released via Charcoal Records on 12th May. Itâ€™s a duet with guitarist John Smith. As well as being member of Caraâ€™s touring band, John Smith has won acclaim as a solo act and has toured with John Martyn, Davey Graham and John Renbourn among others. 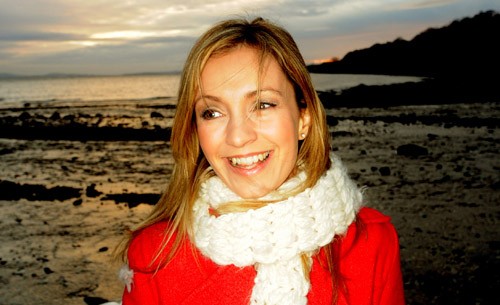 Caraâ€™s planned maternity break came a little more suddenly than expected, going into labour whilst on stage in November 2006, Her two sons Colm & Noah were born three months prematurely with Cara & Sam enduring an anxious time until the babies were able to leave hospital early in 2007.

Sam and I had planned to take a long break to prepare for the arrival of Noah and Colm but were knocked sideways by their early birth. Our whole world went into slow motion for several months while they were in hospital. It was an extremely difficult time for us all even after they were allowed to come home. Itâ€™s been such an incredible journey so far and it seems to get better and better with every step. Weâ€™re so excited about the projects we have coming up in 2008. The DVD was a joy to make and it was a privilege to work with so many gifted people. Weâ€™re in the middle of recording the fourth album which will be released on our new label and weâ€™ll be touring throughout the year.

A couple of years ago I seemed to have little time to see friends or go to gigs, now Sam and I have twin babies, weâ€™ve recorded a DVD, single, new album and have launched our own record label and are touring as much as we ever didâ€¦itâ€™s crazy, you really do wonder what you did with your time before you had children.
myspace.com/caradillon