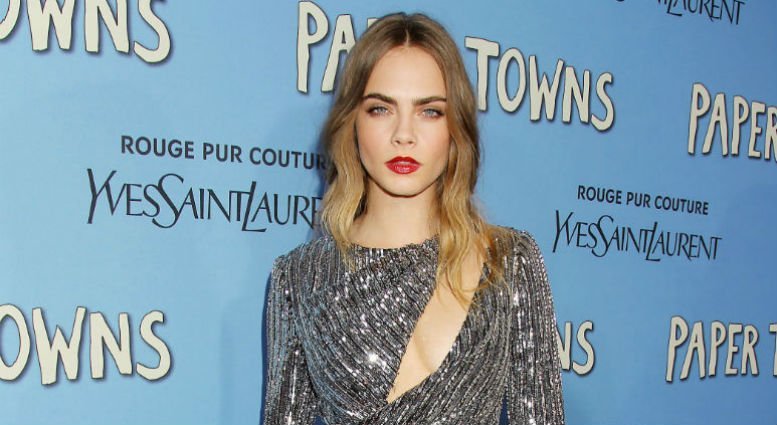 Cara Delevingne sizzled in a chic & sexy silver minidress as girlfriend St. Vincent (Annie Clarke) accompanying her to the NYC Paper Towns premiere at Lincoln Centre Loews Cinema. Based on the novel of the same name by John Green (The Fault in Our Stars), the film sees its UK release on August 17. 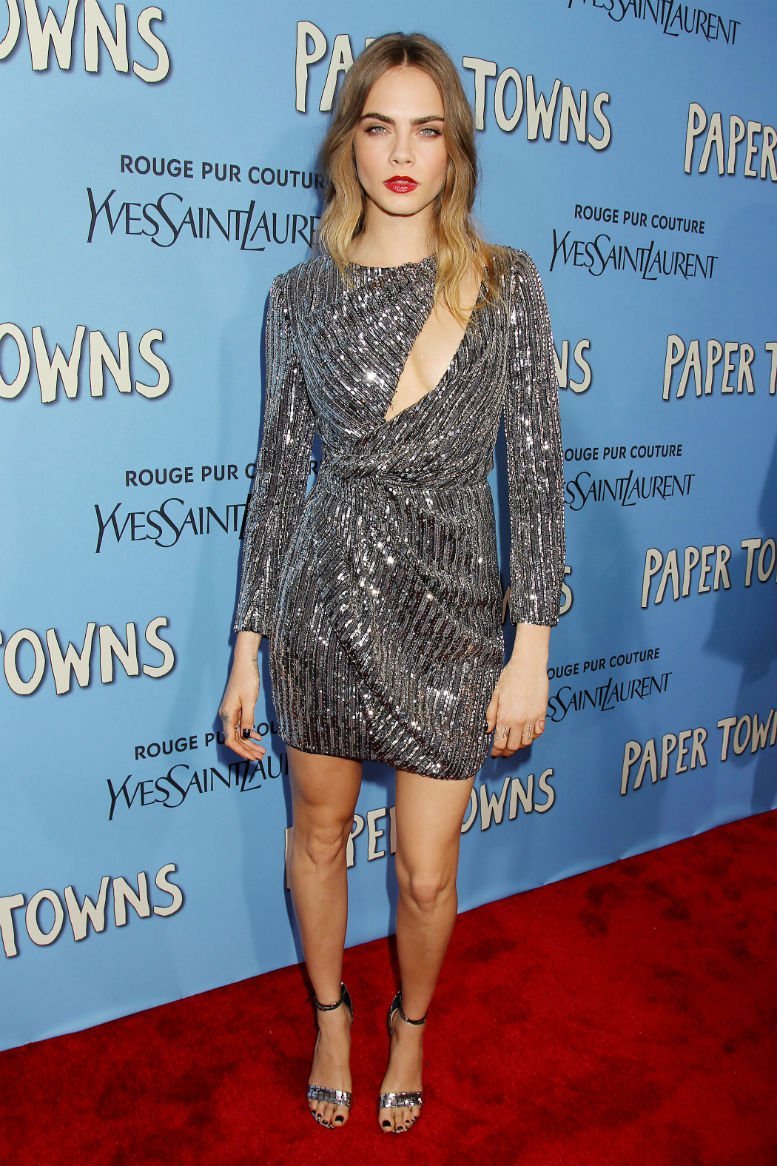 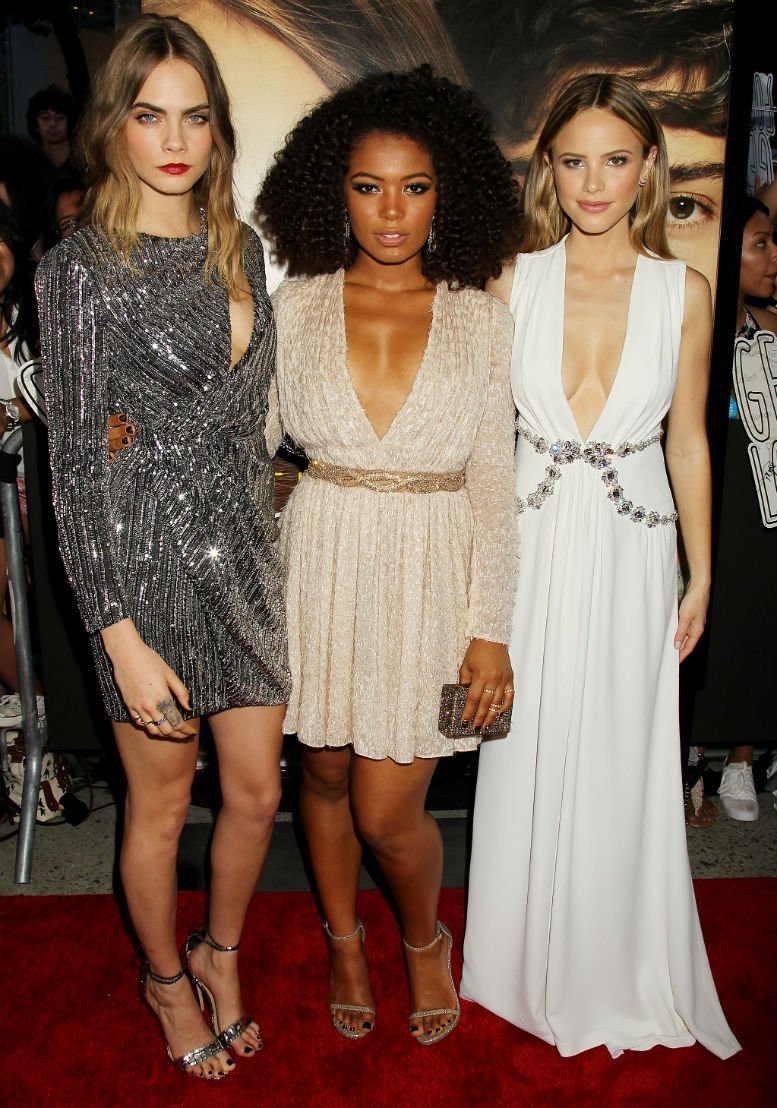 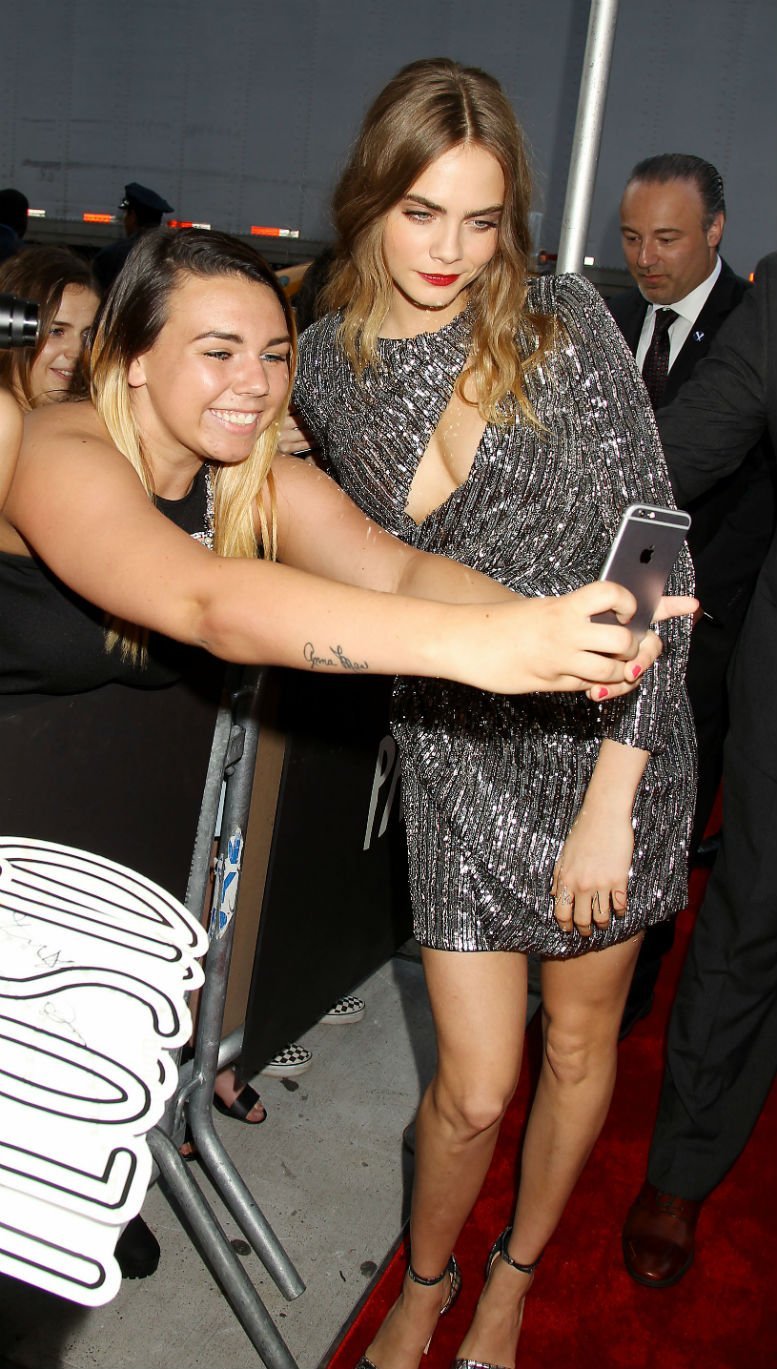 PAPER TOWNS is a coming-of-age story centring on Quentin and his enigmatic neighbour Margo, who loved mysteries so much she became one. After taking him on an all-night adventure through their hometown, Margo suddenly disappears–leaving behind cryptic clues for Quentin to decipher. The search leads Quentin and his quick-witted friends on an exhilarating adventure that is equal parts hilarious and moving. Ultimately, to track down Margo, Quentin must find a deeper understanding of true friendship–and true love.