Eschewing political posing and ill-fitting outsider rhetoric, the Damned took punk’s simplicity and promise as a starting point and ran with it, producing a series of inspired, ambitious albums and amazing live shows combining full-on rock energy, and a stylish sense of performance. Through “New Rose” “Neat Neat Neat” “Love Song,” “Smash It Up,” they raised a riot. Phantasmagoria in 1985, scored them a massive U.K. hit via a cover of “Eloise”. This Dave Vanian / Captain Sensible led incarnation has been touring again since 2000 and is most certainly in rude health. 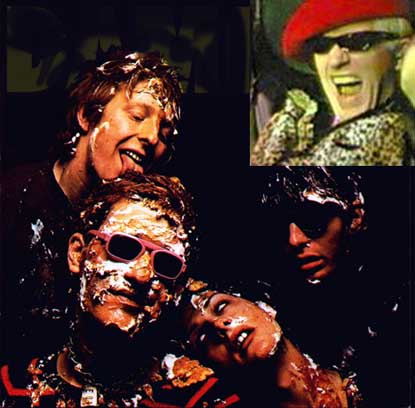 Ever fluid, The Damned swiveled into the new century with their trademark dark vocals, poppy melodies and scintillating guitar sounds intact. But, as always, they’ve managed to bring the best of the new into the mix–they are no dinosaurs of punk’s heyday. Without missing a beat, they’ve remained current, even innovative–always a little ahead of their time. As relevant now as in 1976, The Damned continue to bring new sounds to the stage and studio.

“The Damned make a glorious noise and I’m proud to be a part of it “– Captain Sensible, 2001
officialdamned.com

THE DAMNED
PLUS SUPPORTING BILL
EMPIRE MUSIC HALL, BELFAST
SATURDAY 15 DECEMBER 2007
Doors 8.30pm. All tickets are Â£15.00 (inc booking fee), and are available across the counter from Ticketmaster outlets, online at
ticketmaster.ie , and on their 24 hour booking line on 0870 243 4455. (sales may be subject to credit card charges and the commissions of Ticketmaster agents)