Legendary Buccaneer Captain Morgan created a stir across the Emerald Isle when he announced the winner of his latest quest ‘Dare the Captain’ from over 2,000 dare entries on his Island of Ireland Facebook page, before completing the winning dare with a little help from his Facebook fans. 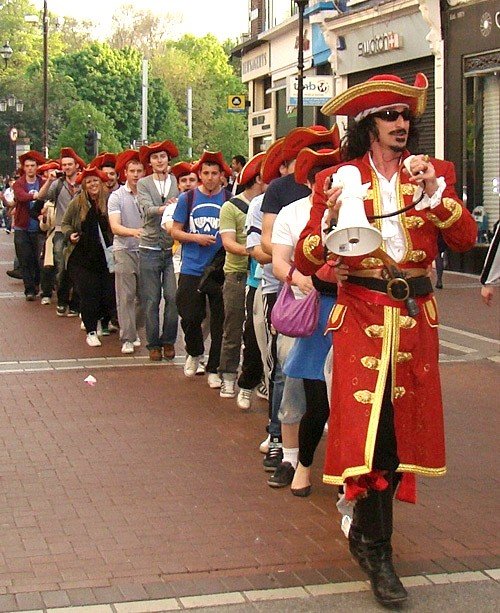 With little over 24 hours notice, Captain Morgan completed an epic dare of rallying his fans to do a Conga line down Dublin’s Grafton Street in rush hour which was suggested by Matthew Adams, winning the young Dublin man a cool £4,000.

The Captain managed to encourage over 300 of his Facebook fans to join him as he led an energetic conga line down the famous Dublin street with his entourage of Morganettes who supplied a boom box, whistles, maracas and of course the Captain’s signature red hat. 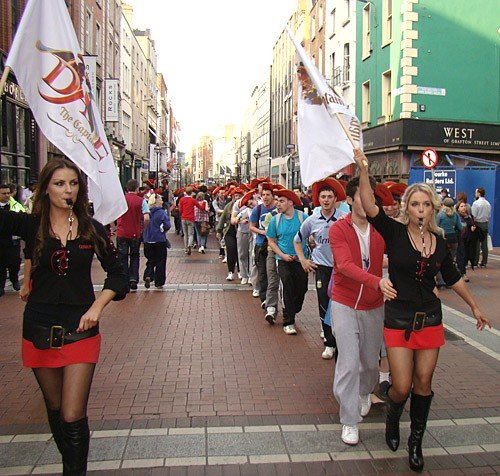 Captain Morgan commented, “From spending so much time on these shores, I’ve learned that the people here love having ‘the craic’ so there was no shortage of dares to choose from. With little notice, I have to admit I was awestruck by my amazing Facebook fans and their enthusiasm in joining me in an impromptu Conga down one of Dublin’s busiest streets. It truly was an epic experience!”

To join the 100,000 people already following the Captain’s adventures on Facebook and win exclusive prizes, go to www.Facebook.com/CaptainMorganIreland
Drink Responsibly Drinkaware.co.uk for the facts
Over 18s Only