This week’s issue of Entertainment Weekly has an exclusive first look at Chris Evans in his full Captain America suit in this summer’s Captain America: The First Avenger. 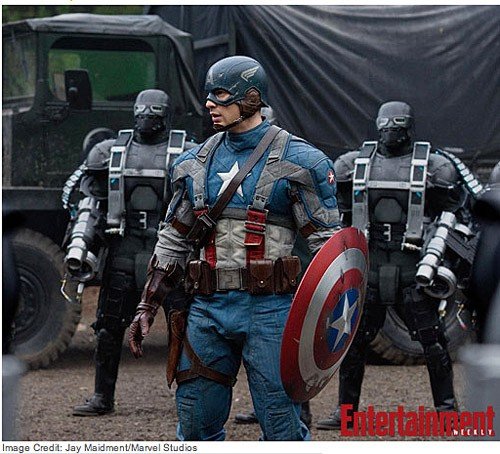 So instead, the hero’s main uniform was designed to resemble a tricked-out airman’s jumpsuit, the A on the helmet and star on the chest modest in size, the colors muted. It took Evans about 25 minutes to suit up.

He likes to do it all by himself, explained costume designer Anna Sheppard. I think it helps him feel like a super hero.

For more check out this week’s 2011 Preview issue of Entertainment Weekly.
www.ew.com