CAMP Bestival is the proud winner of Best New Festival at this yearâ€™s Virtual Festival Awards.Â  Voted for by the festival-going public, the people whose opinions really count, the award is vindication for the unstinting effort that has gone into staging the brand new event. The festival’s creator and Radio 1 DJ Rob da Bank said: “Wow! We are over the ruddy moon that Camp Bestival scooped Best New Festival at the Virtual Festival Awards – thanks for voting for us and come back next year for an even better fun family fest”. 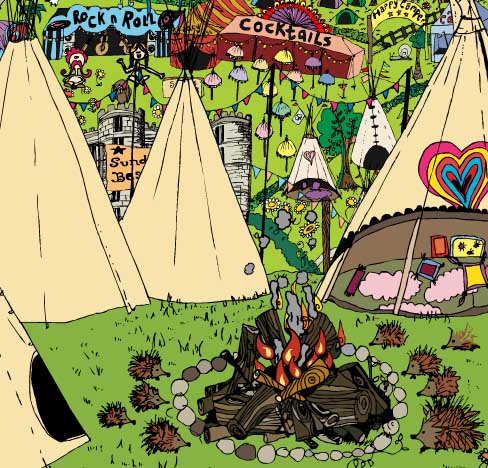 Camp Bestival was held in the beautiful grounds of Lulworth Castle on the Jurassic Coast of Devon in July 2008.
Inspired by the halcyon days of summers past and the Great British holiday camp, Camp Bestival saw incredible headline sets from Rock n Roll legend Chuck Berry, psychedelic troubadours Flaming Lips and sassy songstress Kate Nash.
Speaking about the win James Weld, General Manager of the Lulworth Estate said: “We are delighted Camp Bestival has been voted the Best New Festival Award 2008.
“Lulworth Castle was built for entertainment and it was wonderful to see so many families here enjoying spending time together with a packed but relaxed programme of good music, activities and laughter”.
Some of the highlights at the family-orientated festival included a Mad Hatterâ€™s Tea Party, a huge Kids Field, spoken word comedy and fancy dress.
Camp Bestival returns on July 24/ 25/ 26, 2009 at Lulworth Castle, Dorset.
campbestival.co.uk
Words by Cathy Black
Â©FAME Inc