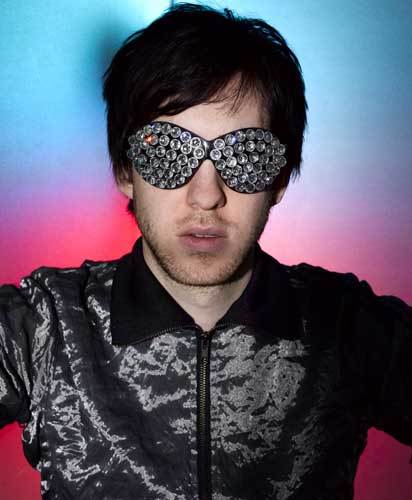 Following two sold out appearances in one night last month in Belfast – live at CQAFâ€™s Marquee, and DJing later at the Stiff Kitten – Calvin Harris today announces his biggest Belfast show to date. Itâ€™s at St Georgeâ€™s Market on Sunday 8 November, and will come at the end of an extensive UK and Ireland tour.

Calvin’s new single Ready For The Weekend debuted on radio last week. Itâ€™s a follow up to recent number one I’m Not Alone.

It will be followed later in the summer by the Sottish singer/producerâ€™s second album, also titled Ready For The Weekend, which is set for release on 17 August

First album I Created Disco was released in June 2007 and contained uptempo electroclash songs that were influenced by music from the 1980s. It spawned a series of hit singles: “Vegas” “Acceptable in the 80s”, “The Girls” and “Merrymaking at My Place”

Between records Clavin has collaborated with Kylie Minogue, Sophie Ellis Baxter, and most notably with UK rapper Dizzee Rascal on Dizzee’s number one song “Dance Wiv Me”.

CALVIN HARRIS
SUNDAY 8 NOVEMBER 2009
ST GEORGEâ€™S MARKET, BELFAST
Tickets go on sale from Ticketmaster and usual outlets this coming Friday, 26 June, at 9.00am.
Available across the counter from all Ticketmaster outlets, online at www.ticketmaster.ie , and on their 24 hour booking line on 0870 243 4455 (sales may be subject to credit card charges and the commissions of agents).