HIS father may have been a famous sports star but celebrity model and presenter Calum Best has gone into training himself.

32 year old Calum, son of Belfast sporting legend George Best, is getting into shape with the help of a private health club in London.

Based in the plush Chelsea area of the city Lomax Bespoke Fitness, Nutrition and Health puts celebrities and London’s high society through gruelling fitness schedules and strict health regimes to achieve Hollywood bodies. 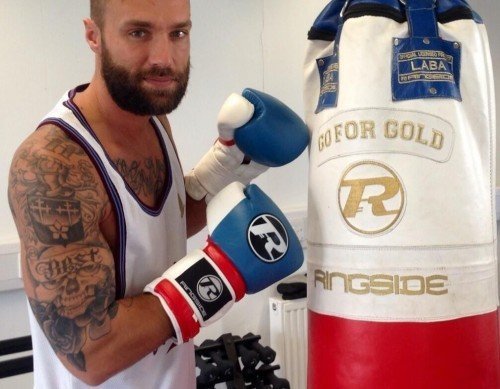 The five star health and fitness centre is a far cry from the training venues Manchester United star George would have been used to.

Calum, sporting a new look complete with beard and sports gear has been tweeting pictures of himself with various gym gear and nutritional drinks sparking suspicions he may be sponsored by the companies. But despite already having a fit and healthy physique he tweeted earlier this week: “It begins. Day 1 of an 8 week intensive training programme. A before and after shoot for @BestFitMagazine.”

It is as yet unknown as to whether the star is in training for anything in particular, however, sources close to Calum are worried about his seemingly obsessive behaviour. 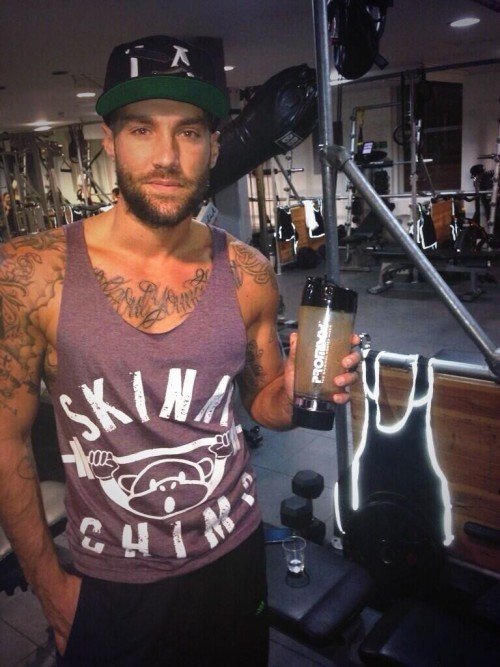 “He seen the devastating effects it can have on a person and those around them.”

In the past Calum has achieved a reputation much like his father in his early days for being a womanising wild boy.
However, in recent years Calum has given up his party boy lifestyle to concentrate on his career.

The source added: “Calum spent many years partying, staying up all night and living a very unhealthy lifestyle. He’s grown up now, he understands that he has the potential and personality to end up like George and he doesn’t want to throw his life away.

“While people think he’s doing very well to change his life we are worried that he could be taking it a bit too far.

“Calum is a fit and healthy man and I know he’s doing a before and after photoshoot but I’m not sure what difference will be able to be seen as he’s already in great shape.

“I just hope that he isn’t replacing his party lifestyle for a fitness obsessed one. It’s important he finds a happy medium.”
Meanwhile, despite the beard, Calum is still attracting the ladies.
So much so that a social networking battle has erupted over his flirting with female friends.

He tweeted a picture containing a private message sent to one of his friends by a disgruntled woman saying: “Haha this is the epitome of jealousy, some poor bastard messaged this to a friend of mine after seeing a pic.”

The message said: “lol get over Calum Best he’s a serial seducer shit bag and he will burn you and leave you. He talks to plenty girls hun don’t get stuck in the cycle. Don’t be like the rest of them darling to (sic) pretty for that x.”

It’s unknown as to who the message was sent from but it is believed to be a jealous ex from Calum’s wild boy days.