“RATT have been forced to cancel their upcoming European tour dates. Vocalist Stephen Pearcy will be undergoing urgent hernia surgery this week. 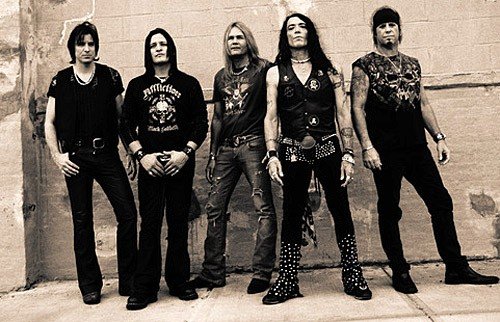 The band regrets missing the European dates on the heels of the release of their first album in 11 years, ‘Infestation’, which enjoyed a high chart debut in European territories. This includes the Spring & Airbrake show on Wednesday 16th June

“RATT shares this disappointment with all their European fans who planned to attend the shows at Sweden Rock, Sauna Open Air festival, U.K. Download, Hellfest, Graspop and Gods of Metal as well as their other dates. The band is looking into rescheduling as many of the shows as possible.

“Pearcy’s doctors anticipate a full recovery in time for RATT’s North American touring schedule, which includes a run with the SCORPIONS, beginning in July and running through September.”
www.therattpack.com