24 year old singer songwriter to be first artist to tour Caffe’ Nero in a unique two month campaign that will see in-caffe’ airplay, on line promotion and in-caffe’ marketing. 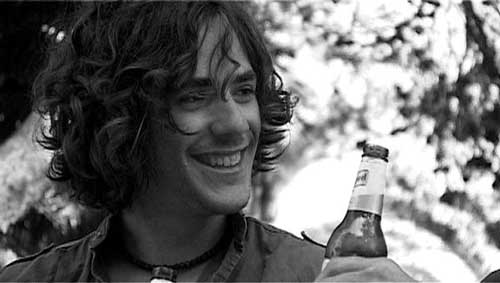 Throughout February and March 2008 Jack Savoretti’s debut album Between The Minds will be Album of the Month in Caffe’ Nero. Songs from Between The Minds, including Jack’s new single One Man Band, will be played every day in all 350 caffe’s for the two month period.

In addition Jack will be busking in every major city with a Caffe’ Nero presence with a four week tour of the country from Truro to Aberdeen. Jack, who has previously been likened by the press to Nick Drake and Damien Rice, will be playing at up to five cafes per day. In keeping with the title of his new single, One Man Band, Jack will be performing on his own with just guitar and harmonica.

Caffe’ Nero will be supporting the tour with posters and in-caffe’ displays in every caffe’ and Jack will be featured on the Caffenero.com site.

Looking forward to the tour Jack said â€œThis is how I love to perform, just me and my guitar, a one-man-band with nothing that can get between the songs and the audience. It is a great way to play and I’m looking forward to just showing up at the cafes and having a cup of coffe.

The Caffe’ Nero campaign is part of an exciting phase in Jack’s musical journey. In January Jack will be performing at Midem on the Best of British stage. Jack has also been asked by Fox Studio to write the songs for the film Ticket To Ride(whose music supervisor is KCRW’s Nic Harcourt) and has been invited to perform an acoustic set at the Fox studios in Los Angeles for Hollywood’s leading music supervisors. In March Jack will be playing at SXSW and the following month he will be at the Tribeca Film Festival in New York. Jack has also been invited by VisitBritain to be the ambassador for the Britain in America and will be touring US colleges in spring and early summer.