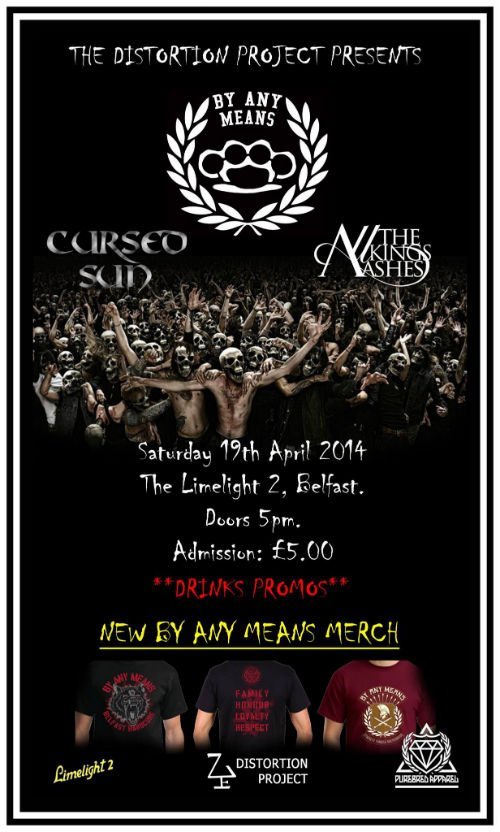 Hardcore heroes By Any Means have announced the pending departure of drummer, and founding member, Dave Byers, after five years with the band.

Guitarist Paul ‘Bam’ Anthony expressed “deep sadness” at the announcement, going on to say: “Dave was there at the beginning with me, we built the band together and have had some killer times. Solid, reliable and an incredible drummer he holds it all together and gives the oh-so-important rhythm and beating heart to the band.

“We all know life goes on while you’re in a band and priorities change and we wish him luck, love and happiness. He’ll be staying with us til we find someone new and we’ll still be playing everything we have booked and more.”

Ironically, the news comes just a few weeks before the band play their fifth anniversary show, at Belfast’s Limelight 2 on Saturday April 19.

BAM are actively recruiting a replacement for Byers. The band have clear ideas about potential candidates, saying that they must “have solid skills and fast hands and feet” and pointing out that “recording, touring and more [are] all lined up…”

So, if you think you have what it takes, you can contact the band via their Facebook page. facebook.com/byanymeanshc