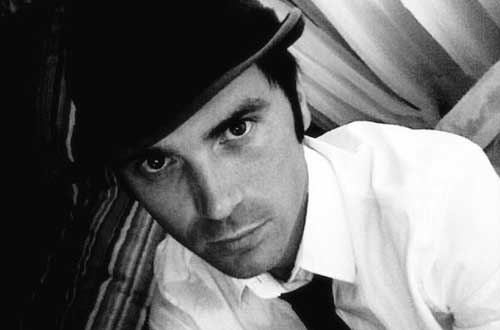 David Saw is about to release his debut album in the UK in June and will be releasing his first single Buy My Record the same week. â€˜Buy My Recordâ€™ was selected by David to be the first single released on the album as he was inspired by last weekâ€™s Record Store Day and he wanted to offer a tribute to the cause. The track is a slight departure from his slower material, bringing some upbeat energy with drunken piano tones and upright bass lines. â€œIt is a fun song to play and it always goes down well live. Itâ€™s slightly ironic now as record stores are almost redundant.â€

David Saw is a songwriterâ€™s songwriter, respected and admired by fellow musicians (including Ray Davies, Carly Simon, Robert Cray, Jimmy Webb, Eric Bibb, Paul Carrack, Chris Difford, Patti Griffith, Gary Go and Judie Tzuke with whom he has toured and/or recorded) but, until now, almost unknown outside those circles. However, with the release of his phenomenal sophomore album â€˜Broken Down Figureâ€™, that state of obscurity looks set to change.

It was Fairground Attractionâ€™s Mark Nevin, on hearing some of Davidâ€™s songs, who encouraged him to leave the safety, and constraints, of his band to go it alone. A chance meeting with fellow musician Ben Taylor in Londonâ€™s Ginglik club led to him relocating to Marthaâ€™s Vineyard to stay with Ben and his mother Carly Simon. Soon he was so much a part of the Simon-Taylor family that David moved in to the family home, whilst Ben lives in a house seconds away. â€˜Quiet Eveningâ€™, the first song that David wrote as a 16 year old living in Aylesbury, was later recorded by Carly Simon for her acclaimed 2007 album â€˜Into Whiteâ€™ and it was this song that the three played for Bill and Hillary Clinton.

â€œI was lucky enough to be invited to Bill Clinton’s birthday with Carly and Ben. We played â€˜Quiet Eveningâ€™ and I spoke to both Bill and Hillary after and they said they loved the song which was so nice, plus Hillary sent me a thank you letter saying how much she enjoyed the song which I thought was very sweet. Bill Clinton is one of the coolest dudes I have metâ€

Whilst in the studio recording the album Davidâ€™s highest priority was that no unnecessary production be placed in the way of the song. He sums this up in â€˜Simple Songâ€™ when he writes â€œI love you like a melody, youâ€™re running through my head. I love you like a simple song, you always sound the bestâ€. davidsawmusic.com / myspace.com/davidsaw