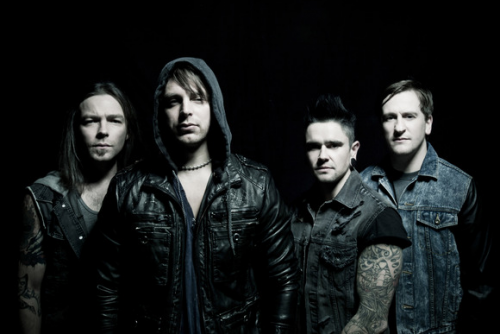 Check out Welsh rockers Bullet For My Valentine’s rather great single ‘Riot’, released on 2nd February and taken from their forthcoming album ‘Temper Temper’, out 11th February.

The album will be available in both standard and deluxe editions on RCA Records.

The album is produced by Don Gilmore (Linkin Park / Pearl Jam) who worked with the band on their previous album, 2010’s ‘Fever,’ and was recorded in Thailand and Wales.
bulletformyvalentine.com