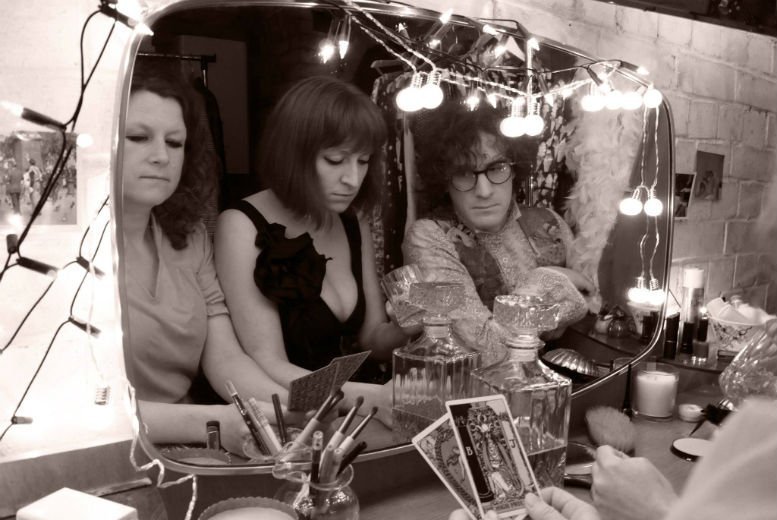 Bugeye’s new EP ‘Never Let You Go’, is out on 8th July via Repeat Records/Badger Recording Co. The cleverly dynamic London-based trio – Angela Martin (vox, guitar), Paula Snow (bass) and Jack Houston (drums) – give FM an insightful view on “the repetitiveness of human behavior” and the inspiration behind their rather meaningful garage disco project: Ruth Ellis, the last women to hang in England…

To get a taste of their effervescent offering, here’s the free download track ‘Disco Dancer’.

Hi Bugeye, how are you?

Good thanks! Feeling warm and fuzzy with recent adventures

We’re asked this a lot and I really don’t seem to be able to pin it down. Some people say we’re a tip of the hat to riot grrrl bands such as Le Tigre and Sleater Kinney. Others say Blondie and the Pixies. So I guess it’s a case of danceable beats, bouncy guitar and bass with sometimes shouty vocals.

Your EP ‘Never Let You Go’ showcases a diverse range of influences and ideas, was this a conscious effort or something that happened naturally?

We wanted to write something that was based on narrative and the repetitiveness of human behaviour. The concept for ‘Never Let You Go’ was very much influenced by the story of Ruth Ellis, the last women to hang in England. It’s a tale of obsession, domestic violence and revenge. Each track on the EP tells a different, twisted story, the music always repeating in cycles, much like human behaviour 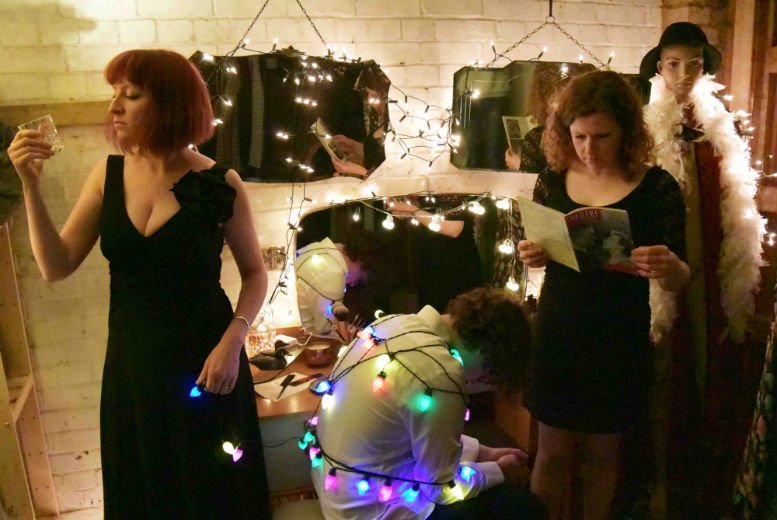 You’ve been in the music business for quite sometime, having formed in the late 90’s. However, you took a substantial break why was that?

We were very young when we started out and the break came with departures to uni which led to forming other bands, getting jobs, traveling etc then my mum was diagnosed with cancer and passed away, so I guess I just didn’t really feel very musical for a while after that.

Being a London band can you tell us the pros and cons an up and coming band faces trying to make it in such a competitive environment?

Pros are you get to meet some awesome people, feel the excitement of finishing a new song, the buzz of playing live, ok not every gig is going to be great when you’re starting out, but the thrill of playing live is like nothing else.

The Cons…drum roll… Not everyone is nice. Shocking I know. There are some complete dicks in this industry, people that will rip you off given half the chance. You have to be prepared to work hard. It’s not just about writing anymore, you have to be a researcher, business manager and networker which can be difficult to do while holding down a full time job.

What is the scene like in London? Can you recommend any bands you have seen or played with?

I love the London music scene apart from the aforementioned dicks, obviously. So many opportunities to play and meet new people. It’s an exciting place to be and I feel quite blessed to have met some fantastic bands and promoters along the way. Make sure you keep an eye out for Leika, Fragile Creatures, Moth Rah and Mourning Birds – just a few names that we’ve had the pleasure of sharing a stage with recently.

Your roots seem to be very much based in the Riot Grrrl ethos. Is this something you embrace or is it a consequence of people trying categorize your sound?

A bit of both to be honest. I grew up listening to Riot Grrrl bands so it’s bound to have had an influence, but then again I also listened to a hell of a lot of non-riot grrrl bands too… It does kind of seem that women tend to be put under a certain umbrella just for being women and not really being based on sound. That said we’ve had fantastic support from the Riot Grrrl network and we love the ethos behind it. So I’m proud to be under that umbrella.

Your forthcoming single will be accompanied by a video directed by Emma Nathan who has worked with Anna Calvi. How did that come about and what are the themes you are exploring in the video?

It’s a tale of blue face paint and a blonde wig… Basically I was dressed as a smurf when I first met the super talented Emma Nathan. Perfectly acceptable as it was a fancy dress party after all. She, however, was not in fancy dress and wasn’t drunk, unlike myself. To cut a long story short, I later told her about the concept for the song, which she liked enough to agree to work with us. The video explores the theme of domestic violence and the cycle of behaviourthat is at the core of abuse – fear, love, anger, forgiveness, betrayal on repeat. Taking a narrative approach, band members appear as characters in the video rather than musicians playing to camera.

Do you think it’s important to make a statement as a band, either politically or socially?

Art in general by its very existence is making a statement – no matter how big or small. All music is about a subject and someone’s perception on that subject so by it’s very nature it is a statement. How others perceive it is outside of your control. I think there’s a lot of pressure on bands to write protest songs, to be part of the next big punk/anti-establishment movement, to write about changing the world etc. We of course cover various issues in our songs, that is true, but music doesn’t always have to be about that.

The release of our EP, Never Let You Go, on the 8th of July of course and lots of live shows. We’re heading back into the studio towards the end of the summer to finish another EP and our album. It’s an exciting time to say the least.