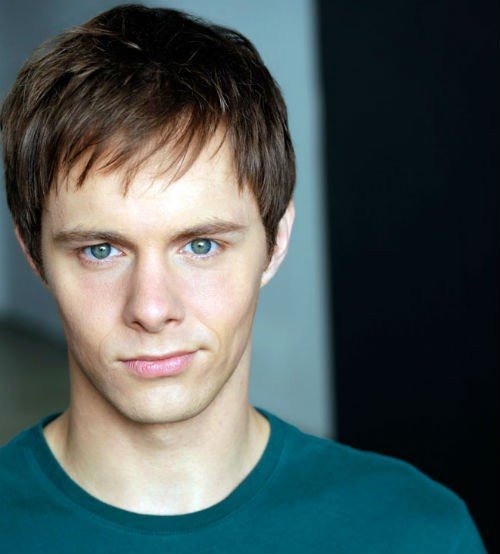 US actor Bryan McClure may not be a name on the tips of our tongues just yet. But he is now fast becoming one to look out for. As McClure has finally been allowed to announce that he is the lead actor in the exciting new sci-fi movie Franchise Star Command by Star Trek writer Marc Zicree and director/digital film pioneer Neil Johnson.

This movie series will be based on the classic science fiction stories that the 1950s spawned in America. Bryan may be a face you know however, as he has had roles in TV update Hawaii Five-O (a role he won via a talent search competition), many other projects and also features in the recent spoof movie ‘The Starving Games’ (made by the same people as Epic Movie and Date Movie).

We at Fame were very pleased to be able to catch up with McClure recently. Here are highlights from that wonderful chat.

Hi Bryan. I would like to start off by asking you how you got involved in the spoof movie ‘The Starving Games’. Is this a genre of film that you enjoy watching yourself?

Regarding ‘The Starving Games’, I got involved through my agent. I just auditioned for it and apparently I do a pretty good Annoying Orange impersonation 🙂 Who knew? I actually wasn’t familiar with the character prior to the audition, so I had to do a little research. I’ve always loved comedy.

If a film make me happy or it makes me think about things differently, then I classify it as something I enjoy. ‘The Starving Games’ is the type of film that makes me laugh, so I’d have to say, that yes, I do enjoy it.

Was it an enjoyable film shoot to be a part of?

I had an amazing time with my adventure on this film. I had never been down to New Orleans before, so I got to go down there and experience that amazing city! I can’t wait until I get to go back down there. Additionally, everyone that I got to meet on set was really great.

Maiara Walsh was such a funny and talented person. It was definitely a pleasure to met her on set. 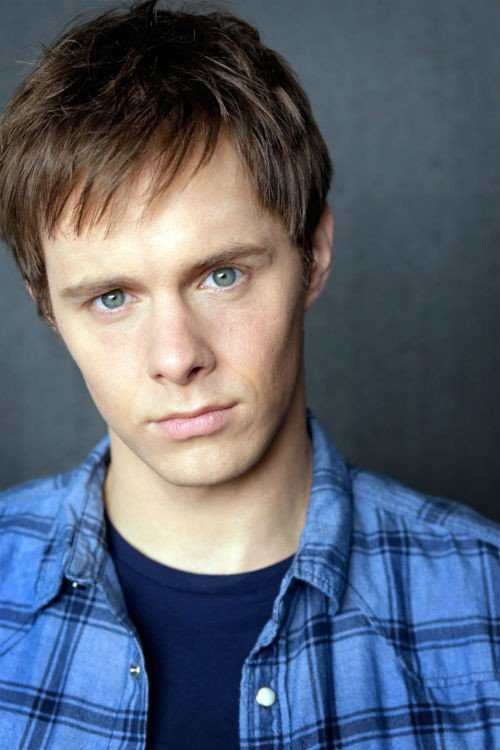 We at Fame are excited about the prospect of the upcoming sci-fi franchise you are to star in Space Command (by ‘Star Trek’ Writer Marc Zicree) . What can you tell our readers about this project?

Space Command is going to be an epic adventure. To start with, creator Marc Zicree has 6 feature length films that he intends to make. The storyline spans over 150 years and three generations as it follows two families. 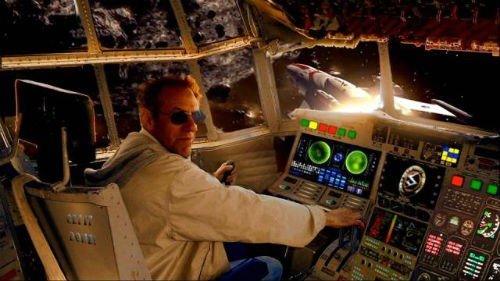 It begins about 50 years from present day, where we’re just starting to colonize planet Mars.

Over the course of the 150 years, we colonize the other planets and our solar system and learn eventually are able to venture out into the rest of the universe. We meet other life forms, have epic space battles, and share in some incredible adventures!

How did it feel when you learnt that you had been awarded the role in Space Command?

Wow! That feeling is hard to explain. To find out that you have been awarded 1 of the 2 talent search roles out of the 7000 email inquiries that initially came in was quite a surprise. You hear ‘no’ so many times, you just learn to go in, do the best you can, and try to just keep on moving on to the next audition.

So to be told I received a callback, was incredible, but then to receive word that I was going to be announced as the winner of the role of Cadet Bradbury on the ‘Space Command’ panel at Comic Con, that just blew my mind! Words can’t express my excitement! 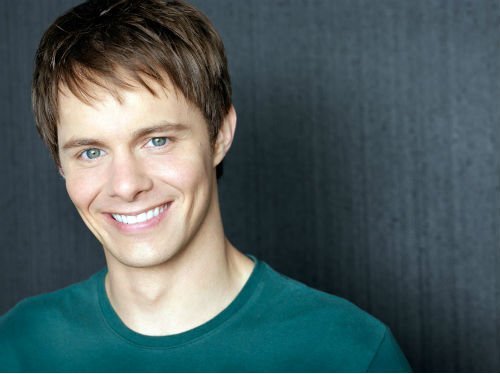 Do you know how many movies the makers/producers have planned for the series?

Marc has 6 movies planned. The interesting thing about it, is that because Marc has built a whole new universe hear to play with in, these 6 stories really could be just the beginning. There could be more films, TV series, web series, you name it. I’m just excited to see where the adventure goes within the ‘Space Command’ and I’m excited to see where the adventure goes for me as an actor.

Can you see this franchise become as big as the likes of Star Wars and Star Trek etc. For example would you be willing to attend conventions/signing events?

I think all of us on the project really believe it has that kind of possibility. Marc has dedicated his whole life to science fiction.

The man really knows his stuff and he can write incredibly well. I think we’re going to have some really compelling stories that sci-fi and hopefully non-traditional sci-fi fans can both love! We actually have already starred attending some conventions and doing signings. We’ve been at Comic Con the past to years, Stan Lee’s Comikazee Con (I think) the last two years, to name a few.

How you got into the world of acting. We do recall you got a role in Hawaii Five-O by winning a talent search competition, but had been acting before that?

Acting was actually something that came to me.

It was never something I had planned on doing growing up. I had always wanted to be a professional basketball player. And, although I was very competitive, one can easily see I’m not very tall. I’d always loved the arts and I’ve always loved being goofy. The first thing I ever acted in, though I never really thought of it as acting at the time, was our “A.L. Insider” news program we had at my highschool, Abraham Lincoln High School in Council Bluffs, IA.

I was one of the Comedy Boys. We put together sketches that aired at the end of the news program. It was my love of art that helped me decide I wanted to live a creative life. I realized how unhappy I’d be if I had to do similar things with my life, so I started to study graphic design and then eventually acting. I fully believe that God has lead me down the path I’m on. I’ve seen evidence of it way to many times to believe otherwise.

Regarding Hawaii Five-O, I’ll have to rephrase your question for you slightly. I didn’t win a talent search for that, but that’d kind of be cool to be known as the talent search man! 🙂 I guess, however, you could say that anytime you receive a great role, you feel like you’ve won something. I had been acting for several years prior to that. Not exactly sure how many off hand.

Beyond Space Command what else do you have in the pipeline Bryan?

Besides ‘Space Command’, I’m also slated to be a part of a feature film called “The Tunnels”. If everything goes right, we’ll be filming later this spring. Additionally, I have some great mentors now in Marc & Elaine Zicree (Elaine is Marc’s wife and a co-creator of Space Command).

They’re always encouraging folks to create their own content, so I’ve written my first short film that I am producing and staring in. I’m planning to make that a reality this year. Additionally, I’m working on a web series right now called ‘Dirty Cues’. These just some of the projects I know of that are supposed to be going on this year.

How would you feel if one day down the line there was an action figure made of your character in Space Command?

I kind of joke around with my friends about this because, with ‘Space Command’, that’s not too far out of the question. I think it would be funny and incredibly awesome. How often does someone get to say, “That little action figure is me.”? 🙂

What do you enjoy more Bryan, TV or film work. Also can you explain to us what the difference is between such projects?

Well, that’s a good question. At this point, I’ve done a lot more film work than TV work. I’d love to do more TV work though. I enjoy them both a lot.

TV is a lot faster paced. They’re essentially shooting a feature film in 8 days, which is incredibly fast. Some features shoot for 2 months. A lot of them 1 month. Unless you’re a main character in TV and are there every day, you don’t have as much time to develop a character, so you really have to do your work and be prepared. TV and Commercials are very fast paced. Film, depending on the production, has a little bit more room to breath.

Finally can we ask you who inspires you artistically?

I have a lot of different inspirations artistically. Jim Carey was always a huge inspiration to me growing up. I thought it was so funny. I think I could quote nearly the whole movie “Ace Ventura: When Nature Calls”. I also love and respect Matt Damon, Daniel Day Lewis, Denzel Washington, the list could go on!

Anyone that is willing to live through the challenges of a creative life for the love of the art inspires me. And most of all, God brings me my greatest inspirations.