Bryan Ferry will be named a BMI Icon at the U.S. performing right organizationâ€™s annual London Awards, slated for Tuesday, October 7 at Londonâ€™s Dorchester Hotel, Park Lane. The invitation-only gala will recognize the U.K., European and Jamaican songwriters and publishers of the past yearâ€™s most-played BMI songs on American radio and television.(BMI) is a United States-based performing right organization that collects and distributes monies for the public performance of music on outlets including radio, television and the Internet in the U.S.

The Icon designation is given to BMI songwriters who have bestowed â€œa unique and indelible influence on generations of music makers.â€ 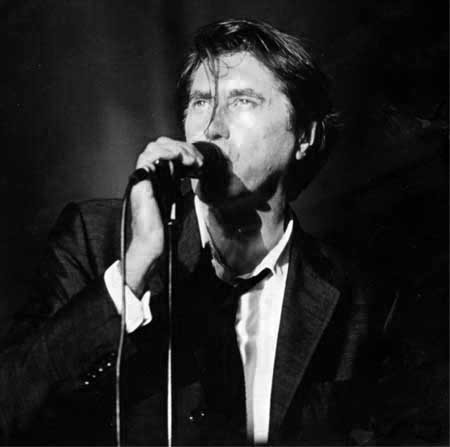 Bryan Ferry joins an elite list of past honorees that includes multi-genre nobility Peter Gabriel, Ray Davies, Van Morrison, the Bee Gees, Isaac Hayes, Dolly Parton, James Brown, Willie Nelson, Hall & Oates, Paul Simon, Crosby, Stills & Nash, Steve Winwood and more.From work in the early 1970s with progressive glam rock legends Roxy Music to his innovative solo work, Bryan Ferry redefined pop culture as a delicate balance of street savvy and refined luxury. An unparalleled ability to slip from svelte snarling to moody crooning to dramatic staccato and back again makes his vocals instantly recognizable. As a songwriter, his own wealth of work including Roxy Musicâ€™s international hit â€œLove is the Drug,â€ â€Slave to Love,â€ â€œKiss & Tell,â€ â€œAngel Eyes,â€ â€œMore Than This,â€ â€œThis Is Tomorrowâ€ and â€œDonâ€™t Stop the Danceâ€ often sift through layered themes of romance, isolation and loneliness. In addition to his influential compositions, Ferryâ€™s intelligent interpretations of songs penned by others are dizzyingly original and witty, evidenced most recently in his 2007 release Dylanesque. A synergist of genres and aesthetics, Ferryâ€™s impact on music and neighboring realms of visual art and fashion remains splendidly incalculable. As provocative as he is discerning, Bryan Ferry is the quintessential critic and purveyor of sheer beauty.

Hosted by BMI President & CEO Del Bryant and Executive Director, Writer/Publisher Relations, Europe & Asia Brandon Bakshi, the BMI London Awards will also present the Robert S. Musel Award to the writer and publisher of the most performed song of the year. BMI will also bestow â€œMillion-Airâ€ certificates on writers and publishers whose songs have achieved over three million U.S. radio and television performances â€” the equivalent of more than 17 years of continuous airplay.

Broadcast Music, Inc.Â® (BMI) is an American performing right organization that represents more than 375,000 songwriters, composers and music publishers in all genres of music and more than 6.5 million works. BMIâ€™s most recent financial results, $839 million in performing right collections for its fiscal year ending June 30, 2007, were the highest for any copyright organization in the world. BMI has represented the most popular and beloved music from around the world for over 65 years. The non-profit-making U.S. corporation collects license fees from businesses that use music, which it then distributes as royalties to the musical creators and copyright owners it represents.