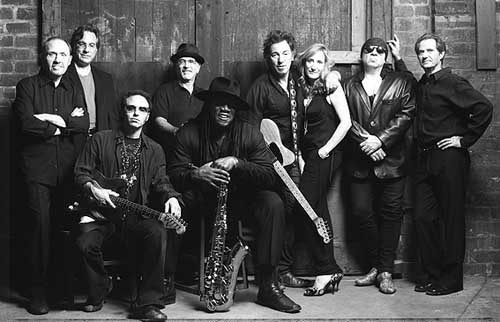 Bruce Springsteen’s twenty-third album ‘Magic’ was released October 2 on Columbia Records and debuted at number one on Billboard’s Top 200 Albums chart. ‘Magic’ has been certified double Platinum in Norway; Platinum in Canada, Ireland, Italy, Holland and Sweden; and Gold in Australia, Austria, Belgium, the Czech Republic, Germany, New Zealand, Spain, Switzerland and the U.K. It was number one on the charts in Austria, Canada, Denmark, Ireland, Italy, Norway, Spain, Sweden, the U.S. and the pan-European chart

Bruce Springsteen Live at Dublinâ€™s RDS Arena on 22nd May 2008
Tickets will be from â‚¬81.25 GA, â‚¬91.25 Seated and will go on sale Next Wednesday 28th November at 9am from all Ticketmaster outlets nationwide, booking line no.0818 719 300
Online at ticketmaster.ie; and for more info on Bruce Springsteen please see his Official Website at brucespringsteen.net
aikenpromotions.com