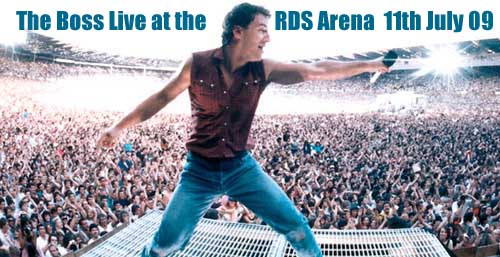 Following the huge Sell out of his 3 shows last summer at the RDS Arena, Bruce Springsteen will be back to play the RDS this Summer on 11th July 2009
Tickets will be on sale next Friday 30th January at 9am from all usual Ticketmaster outlets nationwide 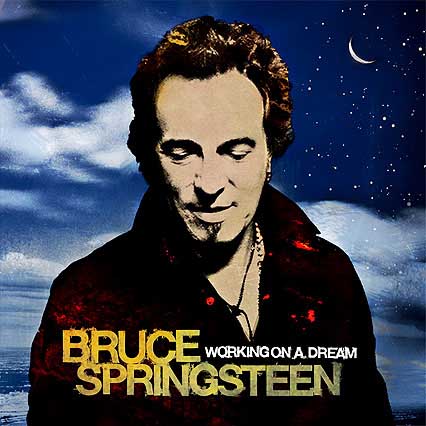 Bruce Springsteen’s new album “Working on a Dream” has been set for a January 27 release on Columbia Records. “Working on a Dream” was recorded with the E Street Band and features twelve new Springsteen compositions plus one bonus track. It is the fourth collaboration between Springsteen and Brendan O’Brien, who produced and mixed the albumBruce Springsteen said, “Towards the end of recording ‘Magic,’ excited by the return to pop production sounds, I continued writing. When my friend producer Brendan O’Brien heard the new songs, he said, ‘Let’s keep going.’ Over the course of the next year, that’s just what we did, recording with the E Street Band during the breaks on last year’s tour. I hope ‘Working on a Dream’ has caught the energy of the band fresh off the road from some of the most exciting shows we’ve ever done. All the songs were written quickly, we usually used one of our first few takes, and we all had a blast making this one from beginning to end.””Working on a Dream” is Bruce Springsteen’s twenty-fourth album and was recorded and mixed at Southern Tracks in Atlanta, GA with additional recording in New York City, Los Angeles, and New Jersey.

The Deluxe Package of ‘Working on a Dream’ will feature a DVD showing fans the first-ever look behind the scenes at the making of a Springsteen album; nothing in the film is staged. Produced, directed, and edited by longtime Springsteen associate and Emmy and GRAMMY winner Thom Zimny, the documentary film includes in-studio footage edited to the tracks of “My Lucky Day,” “Queen of the Supermarket,” “Kingdom of Days,” “Working on a Dream,” “Life Itself,” and “The Last Carnival.” Fans may also revel in never-before-heard demos and early versions of various songs as they see Springsteen and the E Street Band at work from a fly-on-the-wall point of view

“THE WRESTLER” WINS A GOLDEN GLOBE 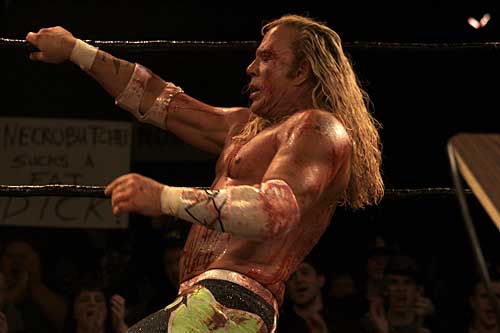 Tickets will be â‚¬86.25 standing and â‚¬96.25 seated will go on sale from all usual Ticketmaster outlets nationwide booking line no.0818 719 300 and online at aikenpromotions.com
Official Website at brucespringsteen.net