Hotly tipped for big things and leading the Britpop renaissance in 2011, Brother are set to follow-up their now legendary London gig at the Met Bar with a New Year’s Eve show. 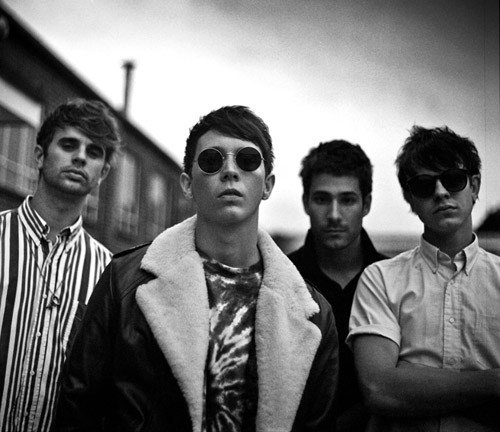 The Slough-based newcomers are playing the This Feeling club night at the Vibe Bar in London on December 31.

They will be joined â€œliveâ€ by fellow tips for the top in 2011 Life In Film and Wheels.

Former Seahorses frontman Chris Helme and Jersey Budd will be playing acoustic, and thereâ€™s This Feeling string quartet playing songs by the likes of Oasis, Kasabian and The Verve to top off the euphoria. 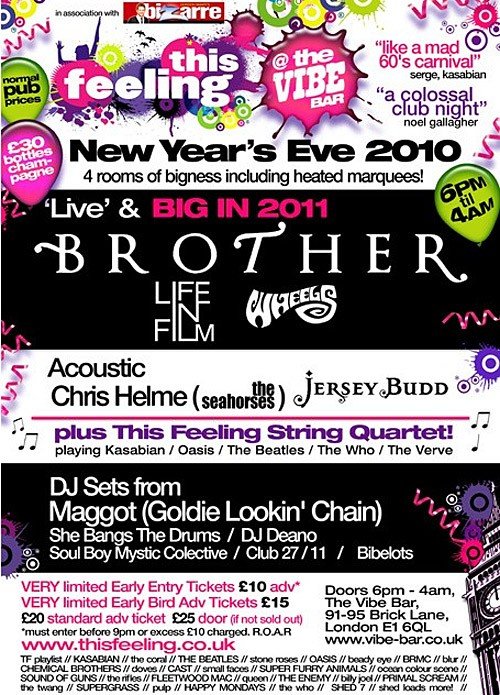 Goldie Lookinâ€™ Chain rapper Maggot is among the DJs on the night which boasts 4 rooms of bigness, a heated and covered marquee and a host of ticket entry deals including free champagne!

For more information and tickets from Â£10 go to www.thisfeeling.co.uk