Janelle Russell
TROUBLED singer Britney Spears is having a mental health test after being hospitalised last week. The star was rushed to hospital last Thursday for a â€œmental health evaluation holdâ€ after her psychiatrist signed a decree saying that she was a potential danger to herself and others. So what happened to the bubbly and innocent Britney, idolised by millions? 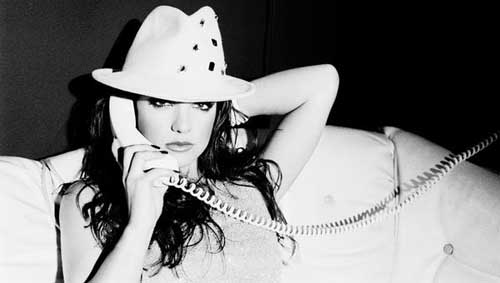 Over the past few months in particular, Britneyâ€™s life seems to have crumbled before her eyes and ours. There is not one aspect of her life that the public all over the world are unaware of. She even shaved her hair in front of a photographers and media.

At the minute, Britney has no visitation rights for her two sons, Sean Preston and Jayden James, with former husband Kevin Federline. She has been fighting K-Fed since January for joint custody; however the courts are not on her side. In the midst of her custody battle, Britney has been plagued with rumours that she suffers from bipolar disorder.

The condition means the person cannot control their moods and feelings. Now she has been hospitalised. It is so difficult to not have sympathy for Britney when at just 26-years-old her life appears to be tumbling downhill.

Think back to the year 2000. Britney was the Princess of Pop – all the girls wanted to be her and all the boys wanted to marry her. She was at the top of the ladder and now, just eight years on she has lost custody of her children, her 16-year-old sister is pregnant, and she has been accused of setting a poor example by many.

I canâ€™t remember the last time I seen a positive comment about Britney anywhere, which is quite a disturbing thought. It seems unnatural that one person would experience so much bad luck in such a short space of time. Doctors have decided to keep her hospitalised for another two weeks, letâ€™s hope it has a healthy effect on her well being.
Get better soon Britney!
myspace.com/britneyspears