Britney Spears’s new video for her latest single, “Hold It Against Me,” debuted on You Tube, with 14 additional previews planned before the official premiere of the entire video on Feb. 17. 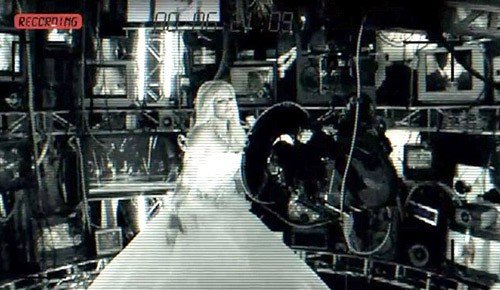 The brief clip shows what appears to be Britney in a Cinderella-worthy ball gown singing in front a sea of TV monitors.

“Hold It Against Me” is the pop star’s first single since 2009. Â She sings: “If I feel my heart was beating loud/If we could escape the crowd some how/If I said I want your body now/Would you hold it against me.”

The number is produced by Spears’s longtime collaborators Max Martin and Dr. Luke and is the official lead single from her seventh studio album, Femme Fatale, due in March from Jive Records.

“It’s way more edgy than the last album,” songwriter Claude Kelly, who composed several tracks for the album, recently told PEOPLE magazine. He added that Spears, 29, is returning to the grittier sounds of 2007’s Blackout. “[It’s] more in the vein of the album before,” he says.
www.people.com