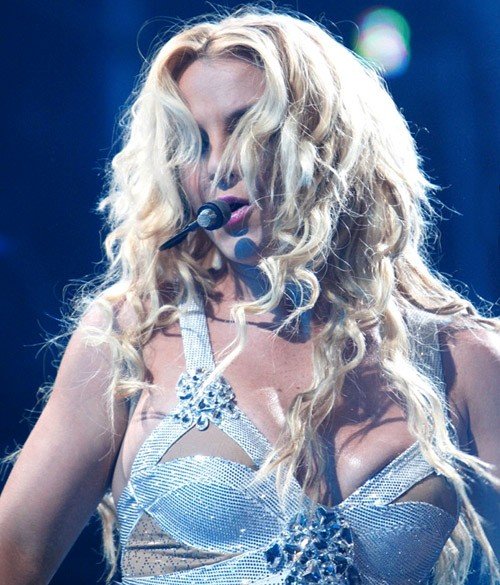 Britney Spears Lands on Her Feet With $100M Plus Vegas Deal Because Britney Spears could really use the money (not), or because fans are in desperate need to get their, “Toxic” on live again, it appears as though the pop icon is one step closer to scoring a Vegas deal.

Rumors that the Louisiana native is in talks of a Vegas residency started last week. And, on Monday, it appears that those dreams are even closer to coming true.

TMZ is reporting that Brit is on the verge of sealing a deal that could earn her even more than the $100 million deal that Caesars Palace inked previously with Celine Dion, a name that is synonymous with Sin City. A source tells the celebrity tracker this: “The deal is a go. There are several stipulations that could throw a monkey wrench in the deal, but it’s basically done.”

And, like Celine, the deal is said to be with one of the Caesars group properties. It was previously unknown which hotel the hitmaker was in negotiations with.

Hollyscoop has been in touch with Caesars Entertainment, who told them that they, “are always interested in having artists with the caliber of Britney Spears performing.” In addition to Celine, the entertainment giant is responsible for bringing other mega acts including—Rod Stewart, to Sir Elton John, to Cher—to the Strip.

Reportedly, the outstanding issues yet to be settled in the deal include a scheduling mishmash ranging from whether she’ll stick to one hotel for multiple shows in a week, or bounce around Las Vegas Boulevard. We expect to receive an official announcement on the deal from Caesars once it is finalized.

The news comes after it was revealed that Spears and her fiancé, Jason Trawick, had split—a report that our friends at Hollyscoop broke in December. According to reports, the separation was pretty amicable. Britney is said to have returned her ring to Trawick, and he has signed a confidentiality agreement to not speak about what went on behind closed doors in their relationship.

Word on what went wrong with the couple is still unknown, but a report from FOX News clues that it could have been related to, “an uneven balance of power” over Britney’s conservatorship. “It was exhausting for Jason and not the way he wanted to live his life,”
By John Howard hollyscoop.com