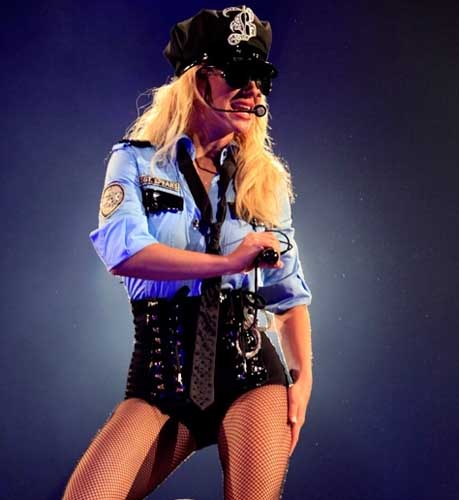 * The largest arena concert spectacular to ever tour Europe
* A dazzling display of music, dance, magic and theatrics
* Over 60 people performing in the Show including a cast of 50 dancers, magicians, clowns and acrobats
* A travelling staff of over 200 on the Tour
* The Show is a 50 million dollar extravaganza with an unprecedented 60 tons of equipment in 34 trucks.
* â€œThe Circus Starring Britney Spears 2009 Tourâ€ is the highest grossing tour of 2009 in North America to date.
For more info on Britney: britneyspears.com