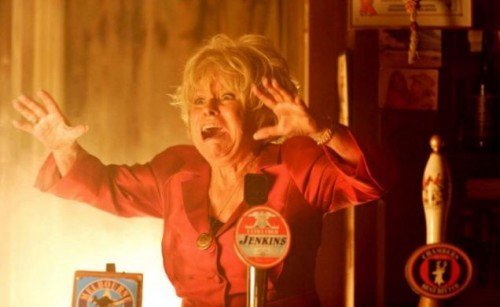 A typical day in a British soap means you’re subject to more drama than the ordinary individual. So, You may ask yourself… If British soap characters like Rita Sullivan in Coronation Street, Peggy Mitchell in Eastenders, Katie Sugden in Emmerdale and Doug Carter in Hollyoaks, claimed for their injuries, how much compensation could they expect? Well…Check out First4lawyers fun graphics to find out…

In Coronation Street’s most dramatic episode ever had Rita Sullivan could claim £20,400. After escaping being hit by a train crashing into the street and destroying her shop

In Eastenders Peggy Mitchell’s claims, for Toxic fume/smoke inhalation and moderate post-traumatic stress disorder could come to a total claim for £25.600. When her pub and place of residence was subject to arson following a domestic with her son Phillip.

In Emmerdale Katie Sudgen could claim a full amount of £48,150 for moderately severe psychiatric damage and toxic fume/smoke inhalation. After surviving an inferno in her village where two residents were killed in a fire set off by her ex lover, police officer Nick Hensall

In Hollyoaks Doug Carter, could claim £8000 for simple fractures and soft tissue injuries plus minor neck and spine wounds, after he was admitted to hospital following the minibus crash into the wedding venue during his civil partnership ceremony.