Bright Light Bright Light shares a new version of ‘Everything I Ever Wanted’ featuring Londons oldest LGBT choir The Pink Singers, released on November 23rd for World AIDS Day (Monday 1st December), with 20p from every download being donated to the Elton John AIDS Foundation. 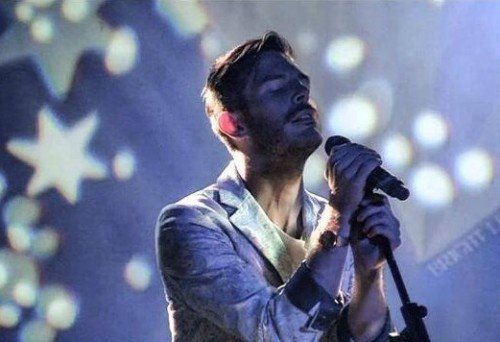 Bright Light Bright Light comments: “I really wanted to do something to help raise money for World AIDS Day. I know many people who have been affected by the disease and making pop music, I don’t get to do an awful lot that feels like it helps a wider community.

And while I love working in a pop world, it’s so important for me to still be connected to the real world and real people. I found The Pink Singers who are a brilliant choir and London’s longest standing LGBT choir. Their energy and enthusiasm was so wonderful, perfect for the song and for the project. I hope we can raise money, and in some small way I can help to fight AIDS and to give something back to Elton to thank him for all his support of my work, by raising money for his AIDS Foundation and the excellent work he and his team do.”

On the release Sir Elton John says: “One of my favourite songs from his album ’Life Is Easy’. A message of hope for all the people with A.I.D.S on our planet. So grateful for this gift of love from Bright Light Bright Light.”

Hsien Chew from The Pink Singers says: “I am well aware how devastating a diagnosis HIV/AIDS can be. In the late 80s the choir was based at the London Lighthouse, a hospice for those with AIDS, and has many stories of friends who were lost there. Even now we have members living with HIV who continue to feel stigmatized outside the choir, so it was a natural fit for us to perform on this single.

Hearing our voice parts being laid down one late summer Saturday afternoon was incredible, and listening to them get expertly mixed into the final track you now hear was truly eye-opening. Everything I Ever Wanted has a great upbeat sound, but at the same time there lurks a melancholy tinge; it is that fusion of celebration and regret which makes it so irresistible.”