Photo by Fabrizio Belluschi
Brian Kennedy returns home to perform at the Grand Opera House, Belfast, next February. Itâ€™ll have been another fantastic year for the local lad made good; and with his new album Interpretations in the pipeline, thereâ€™s never been a better time to see Brian live! 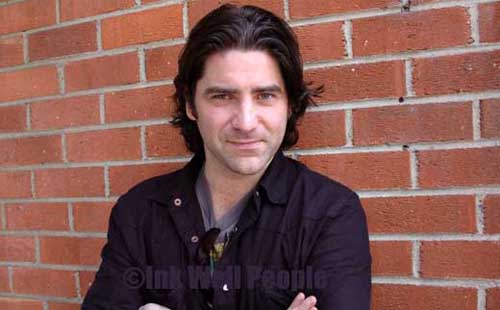 â€œInterpretationsâ€ is the new album singer-songwriter Brian Kennedy. Produced by Billy Farrell and Steve Fiachra â€“ who between them have produced and engineered recordings by artists as diverse as Bono, Van Morrison, Elvis Costello and Westlife â€“ the album is a stunning return from one of Irelandâ€™s most famous voices. Comprising 13 songs from the forties to the noughties, from legendary names like Cole Porter, Declan Oâ€™Rourke, U2 and Clifford T Ward, Interpretations will be released on Monday 4th February, preceded by a single in January.

â€œPerforming live is what itâ€™s all aboutâ€…….
His own words and a philosophy followed by this multi-talented artist for over 15 years at live concerts on every continent of the world! Further proclaiming “singing and music are my lifeblood”, Brian Kennedy has also written two best-selling novels, earning a Doctor of Letters honorary degree from Ulster University for his contribution to the arts. Add to this two successful T.V. series as producer/presenter, several radio shows as host, appearances in films, and nine mostly self-penned albums, together with one DVD to-date, and you’ll understand where this artist is coming from.

Armed with two basic but powerful assets â€“ a God-given vocal talent and a natural ability to communicate â€“ heâ€™s travelled the hard road to fame from the â€˜troublesâ€™ of the Falls Road Belfast, via the tough streets of London, to a five-year â€œBlues & Soul World Tourâ€ with legendary Van Morrison, performing with other â€˜greatsâ€™ such as Joni Mitchell, Bob Dylan and Ray Charles.

Fast track to 2000 and his performance as lead singer in the prestigious Bill Whelan production of Riverdance on Broadway, followed by appearances at a range of major state and international events: for President Bill Clinton in New York, George Bestâ€™s Stormont State funeral in 2005 and the Eurovision Song Contest 2006 in Athens as Irelandâ€™s representative.

One fact remains however: First-timer or seasoned fan, nothing can prepare you for that moment when the lights go down and this artist appears on stage. You see that smile and hear that voice, labelled â€˜a voice to charm the angelsâ€™, and know thereâ€™s no turning back now. So fasten your seat belt, sit back, relax, and enjoy the roller coaster ride of a lifetime.
briankennedy.co.uk
BRIAN KENNEDY
Thursday 14th / Friday 15th / Saturday 16th February
The Grand Opera House, Belfast
Tickets Â£28.00 / Â£25.00
Tickets on sale now in person from Grand Opera House box office or by calling 02890 241 919
Book online at wonderlandpromotions.co.uk ; /goh.co.uk