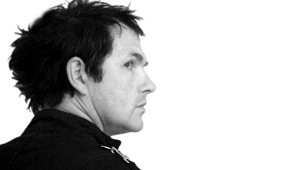 Brian returns to the Empire for his major hometown headliner of 2009. Last yearâ€™s Three Feet from Gold was hailed by critics on both sides of the Atlantic. New release Gospel Road is picking up similar plaudits.

Brian Houston is a truly independent successful artist who has been writing recording and releasing albums for many years.

He has consistently produced work of a standard that led to multiple UK, Irish and American tours, and has seen him work with names such as Van Morrison Elvis Costello, Nanci Griffith and Robert Plant. In 2008 he was included on a Warners/ BBC release featuring alongside Aretha Franklin, Sufjan Stevens and Elvis Presley. A recent performance for a US delegation to Belfast led to him being invited by Congress to attend and perform at the three day National Prayer Breakfast event in Washington following President Obamaâ€™s inauguration.