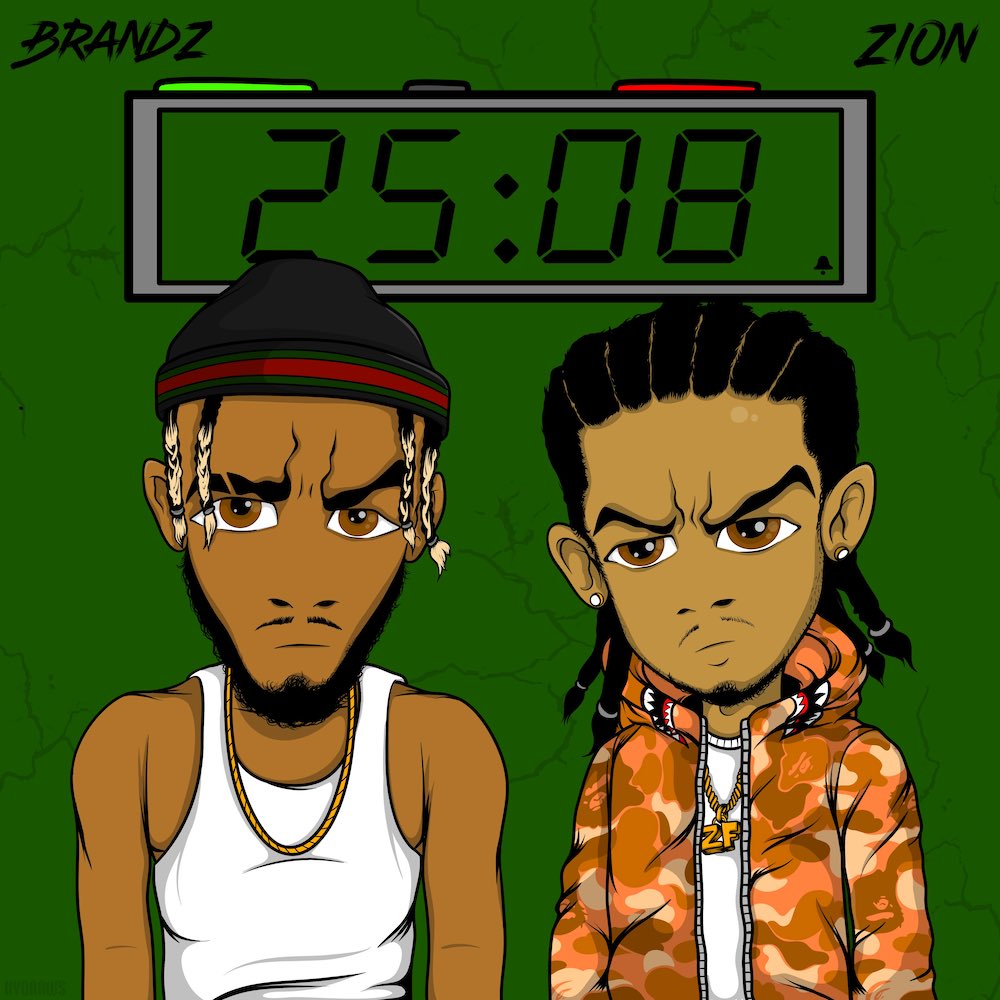 A collaboration between fast-rising 21-year old North London rapper and singer Brandz, and 20-year old South London singing and songwriting sensation Zion has resulted in a genre-fusing mixtape titled 25/8 that has amassed over 700,000 streams within just 5 days of its release. Its success has been sealed by debuting #2 on the iTunes Hip-Hop/Rap Album Chart and breaking the top 50 on the worldwide iTunes Album Chart.

Both Branz and Zion had a stellar year of 2019, with Zion getting over 5 million streams on his debut solo project and Brandz clocking over 10 million plays under his belt, as part of acclaimed UK rap duo Tizzy & Brandz.

The 25/8 mixtape is full of references and statements, with the artwork paying homage to the cult classic anime series The Boondocks and the cracks in it representing the walls Brandz and Zion are breaking within the music industry as their sound fuses UK Rap, R&B, Trap, Afroswing, and everything in between. The project title 25/8 plays on the 24/7 saying, pointing to Brandz and Zion’s work ethic and how they give everything to the music.

Talking about the inspiration behind the mixtape, Brandz and Zion say, “we have always been friends, and have always respected each other as talented artists. Working together was actually kinda random, friends were saying we should try and make music together, so we tried a ting, and we created ‘Intro’ there and then in Zion’s car. From there, we just kept creating together organically, and eventually we made 7 songs in only 4 days, which are now known as ‘25/8’. The title of the project is derived from 24/7, because we go the extra mile, and we put our all and more into our music.“

Additionally saying that, “Our work ethic and grind is a lifestyle, that’s what this mixtape captures, and we think the track that perfectly embodies this is ‘Top’, which is all about us sharing our reality, where we’ve come from, our struggle to get to this point, and somewhat what we do music for, but there are also tracks like ‘Diamonds’ which appreciates our women of today. All in all, the whole project is filled with ‘feel-good’ and motivational music, from cuffing season R&B anthems, and exciting high energy trap records, to heavy hitting hip hop hits, and catchy afrobashment tunes – it has everything”.