BOYZ II MEN have today confirmed their first ever concert in Belfast, @ The Waterfront Hall. BOYZ II MEN formed in 1988 in Philadelphia. Between 1992 and 1997, Boyz II Men recorded firve Number One hits and twelve Top Ten R & B singles, sold over 60 million records worldwide, and earned a host of awards, including four Grammy Awards.
End Of The Road, It’s So Hard To Say Goodbye, In The Still Of The Night (I’ll Remember), I’ll Make Love To You, A Song For Mama. The group’s clean-cut ‘retro nouveau’ image, synchronised dance routines, and polished stage acts were key to their rapid rise to stardom. All of the greats have a natural talent – Boyz II Men are naturally gifted and the most talented vocal group of our era. 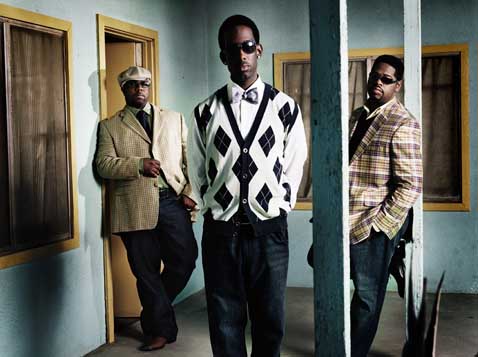 The Boyz II Men Story
Boyz II Men formed in 1988 in Philadelphia, Pennsylvania as a quintet. When Marc Nelson left to pursue a solo career, the group carried as a quartet with Nathan Morris, Michael McCary, Shawn Stockman, and Wanya Morris (no relation to Nathan). All four members proved to be distinctive lead singers in addition to their smooth trademark harmonies. The group’s clean-cut “retro nouveau” image, synchronized dance routines, and polished stage act were key to their rapid rise to stardom. Between 1992 and 1997, Boyz II Men recorded five Number One Pop hits and twelve Top Ten R&B singles, sold over 60 million records worldwide, and earned a host of awards including four Grammy Awards.

In 1991, Boyz II Men signed to Motown Records and released their debut album, Cooleyhighharmony, with Michael Bivins of Bell Biv Devoe as executive producer. Cooleyhighharmony is considered a classic of Nineties “new jack swing” orâ€”to use Boyz II Men’s own phraseâ€””hip-hop doo-wop.” The album spun off three major crossover hits: “Motownphilly,” “It’s So Hard to Say Goodbye to Yesterday,” and “Uhh Ahh.” Cooleyhighharmony made the Top Five and hung on the Billboard Top 200 for an astoundÂ­ing 133 weeks. It sold over nine million copies in the US alone and earned Boyz II Men their first Grammy Award, for Best R&B Performance by a Duo or Group with Vocals.

In 1992, during a break in their extensive tour schedule, Boyz II Men returned to the studio with writer/producer Kenneth “Babyface” Edmonds to record a new song, “End of the Road,” for the soundÂ­track of the Eddie Murphy movie Boomerang. Released as a single, “End of the Road” became Boyz II Men’s all-time biggest hit. It held the Number One spot on the Billboard Hot 100 for thirteen weeks, breaking the previous eleven-week record set by Elvis Presley’s “Don’t Be Cruel”/”Hound Dog” in 1956, and also topped the Billboard R&B Singles chart for four weeks. Winner of the 1992 Grammy Award for Best R&B Performance By A Duo Or Group With Vocal, “End of the Road” was added to subsequent pressings of Cooleyhighharmony.

Boyz II Men’s second album, simply titled II, appeared in 1994 and featured the songwriting and producÂ­tion of Babyface and the team of Jimmy Jam & Terry Lewis. The album topped the Billboard chart for five weeks, won the Grammy Award for Best R&B Album, and sold over twelve million copies thanks to its two Number One Pop singles, “I’ll Make Love to You” (also a long-running R&B Number One) and “On Bended Knee,” both certified platinum. A third single, “Water Runs Dry,” went to No. 2 Pop and was certified gold.

“I’ll Make Love to You” broke Boys II Men’s own chart record set by “End of the Road” when it capÂ­tured the Number One spot for an astonishing fourteen weeks. “I’ll Make Love to You” earned the group its fourth Grammy Award, for Best R&B Performance By A Duo Or Group With Vocal. When “On Bended Knee” replaced it at the top of the Hot 100, Boyz II Men became only the third act in chart historyâ€”after Elvis and the Beatleâ€”to replace themselves at Number One.

In 1995, the group collaborated with Mariah Carey on “One Sweet Day,” a track from her best-selling album Daydream. It became another multi-million-selling single, topping the Hot 100 for sixteen weeks and earning both artists the 1996 Grammy Awards for Record of the Year and Best Pop Collaboration with Vocals.

By now, the sound of Boyz II Men had become as influential as that of their Sixties predecessors like the Temptations and the Miracles. Their impact on pop music was obvious in the music of later competing groups such as BLACKStreet, All 4 One, and Jodeci, but none of these achieved the degree of crossover success enjoyed by Boyz II Men.

Following the release of a remix collection, Boyz II Men’s next album of new material was Evolution, released in 1997. It sold over three million copies in the US and included the No. 1 Pop/No. 2 R&B hit “4 Seasons of Loneliness.” Later that same year, the group scored its fifth R&B Number One with “A Song for Mama” from the soundtrack of the Babyface-produced movie Soul Food. Boy II Men made the Pop Top 40 once again with “I’ll Get There,” a gold-certified single from the soundtrack of the Dreamworks animated feature The Prince of Egypt.

Following the merger of Motown and Universal, in 2000 Boyz II Men released Nathan Michael Shawn Wanyaâ€”a new collection of songs largely written and produced by the four group members. The disc was certified gold in the US and sold over one million worldwide but did not produce another Top Ten single.

In the years 2001-2007, Boyz II Men released a best-of set through Universal (Legacy: The Greatest Hits Collection, 2001) and signed with Arista Records, where they reunited with Babyface for Full Circle (2002) and a new single and video, “The Color of Love.” Like its predecessor Nathan Michael Shawn Wanya, the album sold just over 500,000 copies in the US and over one million copies worldwide. Meanwhile, Michael McCary was increasingly debilitated by the spinal condition called scoliosis, which caused him chronic pain and limited his onstage mobility. In January 2003, he left Boyz II Men and reÂ­tired from performing. Boyz II Men switched to independent distribution for the all-covers collection Throwback, Vol. 1 and the 2006 album The Remedy. The group also activated a heavily trafficked webÂ­site, BoyzIIMen.com, and undertook major tours of North America and the Far East.

NEW ALBUM
In November 2007, Boyz II Men â€“ hailed by the RIAA as the most commercially successful R&B group of all time â€“ returned to center stage with a stunning new album, Motown: Hitsville USA. The Decca label debut is the first major-label release in five years for Boyz II Men, who have sold an estimated 60 million recordings in a spectacular career that will enter its twentieth year in 2008.

Down through the decades, the stars and songs of Motown Records have been the subject of countless tributes and cover versions recordings. But few have been displayed the level of vocal artistry or the faithÂ­fulness to the sound and spirit of the originals that Boyz II Men capture on Motown: Hitsville USA.

Working with producer Randy Jackson, Shawn Stockman, Wanya Morris, and Nathan Morris bring their special brand of musical magic to twelve all-time Motown hits including Marvin Gaye’s “Mercy Mercy Me (The Ecology),” Smokey Robinson & the Miracles’ “The Tracks of My Tears,” the Temptations’ “Just My Imagination (Running Away With Me),” Edwin Starr’s “War,” and the Stevie Wonder favorites “I Was Made to Love Her” and “Ribbon In the Sky.” The album closes with a beautiful new recording of the record-breaking Boyz II Men hit, “End Of The Road,” produced by superÂ­star Brian McKnight, who also sings on the track.

“Our approach was not to taint or take away from the integrity of the original records,” explains Shawn Stockman, “but to add a little thing, here or there, and put our Boyz II Men flavor on it…We wanted to pay tribute to an era that had such a major influence on our sound.”

Wanya Morris adds: “The fact that we were able to do these songs live, the way they made the original records, gives a whole ‘nother twist to what this album is really about.”

“We took everything from before and brought it up to now,” says Nate Morris, “just to let everyone know that we haven’t forgotten it.”

It’s no surprise that the concept should be such a perfect fit for Boyz II Men. The four-time Grammy Award-winning group was originally signed to Motown Records in 1991 and the very first Boyz II Men single, the million-selling “Motownphilly” (No. 4 R&B/No. 3 Pop), was a tip of the musical hat to the soul music production centers of Detroit and Philadelphia. For the follow-up, Boyz II Men sang another Motown classic, G.C. Cameron’s “It’s So Hard to Say Goodbye to Yesterday,” a gold-certified single that shot to No. 1 R&B/No. 2 Pop.

The creation of the original Motown Sound was due in large part to the musicians of the label’s house bandâ€”later known as the Funk Brothersâ€”who played on a vast number of Motown recordings, espeÂ­cially in the period 1960-1967. Producer Randy Jackson emulated this approach in the making of Motown: Hitsville USAâ€”with stellar results. The career rÃ©sumÃ© of the Grammy Award-winning musician and producer, who recently completed his sixth season on American Idol, includes touring, recording, and/or producing with Mariah Carey, Whitney Houston, Celine Dion, Madonna, Elton John, and Destiny’s Child, just to name a few.

Rather than updating the original arrangements with samples, synthesizers, and drum programming, Jackson assembled a “house band” of his own comprised of some of the top players in Los Angeles including drummers Vinnie Colaiuta and James Gamble, bassist Cornelius Mims, guitarists Michael Thompson and Tim Pierce, and keyboard aces Matt Rollings and Kenneth Crouch. On top of their superbly executed rhythm tracks ride the Dap-King Horns: Neal Sugarman (tenor sax), Dave Guy (trumpet), Ian Hendrickson Smith (baritone sax), and Aaron Johnson (trombone), internationally known for their work with Amy Winehouse, Robbie Williams, and Sharon Jones. The warmth, excitement, and in-the-pocket feel created by these musicians on Motown: Hitsville USA could neverâ€”will neverâ€”be duplicated by technology.

In praise of Boyz II Men, Randy Jackson says: “All of the greats have a natural talent that continually bubbles up no matter what’s going on. Boyz II Men are like thatâ€”just naturally gifted, and the most talented vocal group of our era.”