Delivering feel good pop-punk for sixteen years is no mean feat and Grammy nominated Bowling For Soup are still setting the bar high with their 11th studio release. 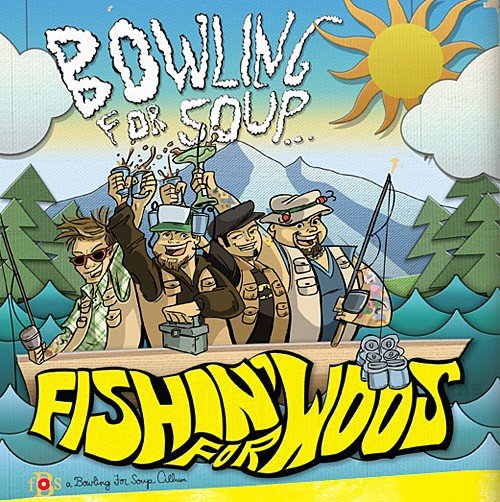 Recorded at Valve Studio in the band’s hometown of Dallas, Texas ‘Fishin’ For Woos’ packs yet another Bowling For Soup punch in all the right places, encapsulating the guileless fun the band are renowned for whilst delivering well constructed and catchy tunes.

For the first time in a decade the band are free from any major labels and now have the luxury of releasing their music independently. ‘The freedom is amazing’ explains front man Jaret Reddick ‘If we want to make a Christmas album or remix album, or sing in a Disney project, we can. We don’t need to get anyone’s permission.”

Build your own custom video playlist at embedr.com

To the jubilation of BFS’s loyal fan base the album also includes the debut of the long-awaited studio version of sing-a-long favourite ‘Guard My Heart’, a track written by bassist Erik Chandler, which has been one of the band’s most requested live songs since their first sell-out headline tour of the UK in 2002.

‘Fishing For Woos’ incorporates a variety of guest performers and writers including long-time collaborator/producer Linus Dotson, Gabriel Mann (composer of the music for the hit TV comedy series Modern Family) and Letters To Cleo singer Kay Hanley, who features on the track ‘I’ve Never Done Anything Like This’.
www.bowlingforsoup.com