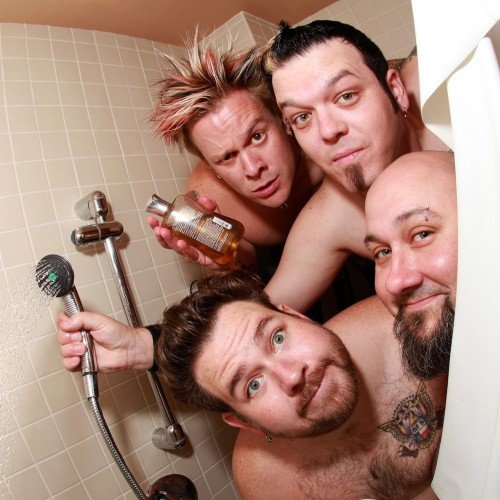 Ever popular Texan band Bowling For Soup are poised to visit the UK and Ireland this October. Following a hugely popular acoustic tour earlier this year they now return with their ‘One Big Happy Tour’.

With that in mind we jumped at the opportunity to interview Bowling For Soup and chat about this upcoming tour, the new album and much more. Their new album ‘One Big Happy’ is released on September 24 through Brando/Que-So Records.

Great to catch up with you again. Can we jump straight in and ask you to describe your new album to our readers?

Our new album is a three way split with our tour mates the Dollyrots and Patent Pending. Basically, it’s kind of a tribute to our friendship, or maybe more accurately, our band crushes on each other.

We’ve all contributed a brand new original track and then we’ve each covered a song by both other bands. It’s pretty cool to hear another bands take on your song. It’s a great album.

The title ONE BIG HAPPY kind of explains the kinship we have with these guys. 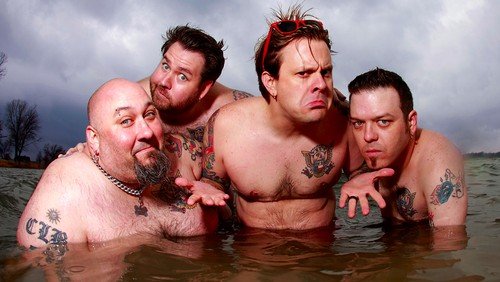 You have toured the UK/Ireland many times (this tour will be your 30th), What makes our shores so inviting to you?


We’ve said it a million times before, but it’s the music fans in your part of the world. They are the best in the world.

Can you explain to us how you as a band create new songs, is there a process you follow?

The process has changed over the years. Especially when I lived on the east coast for three years. The current state of our process is that Jaret will write a song and maybe a day or two before we hit the studio the rest of the band will get a very rough demo.

Most of the time just an acoustic guitar and vocals. Then we get into the studio and rearrange and make changes as we are recording.

Your acoustic tour proved to be a very popular exercise. What inspired that concept?

Years ago Jaret and I started doing these acoustic shows in pubs, playing for tips. Very quickly we were making more money than we were at our other jobs and that allowed us to take the leap and make music our full time job.

After things started going well for the band we continued to occasionally do the acoustic set around Texas and across the States.

At some point we started noticing that people would fly in from all over the world to see these “mythical” acoustic sets, so we brought up the idea of an acoustic tour to our UK promoters.

We were initially met with great resistance. It took us two years to convince them that it would work, and I think we successfully proved to them that it does work.

Have you anything special planned for the UK/Ireland tour?

If I told you, it wouldn’t be a surprise! 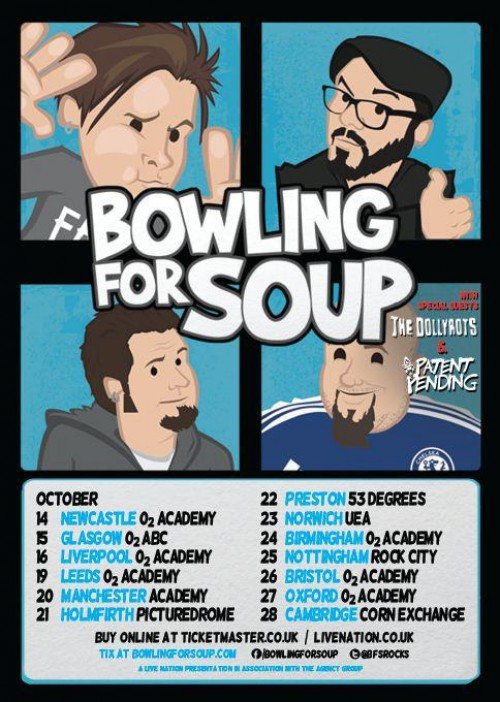 Your support bands are The Dollyrots and Patent Pending. Did you as a band choose your support acts?

Yes. And that’s what inspired the idea for the album.

Are there any bands that Bowling For Soup admire musically?

That list is ridiculously long, but probably first and foremost would be the Descendents.

They taught us that you could make fast, sometimes heavy, melodic music and you could be funny sometimes and serious at others.

As a band are their any unfulfilled ambitions career wise?

The only ambition that I have career wise right now is hitting that 20 year mark. We celebrated our 18th birthday as a band in June, so we’re getting close!

How did Bowling For Soup form?

Before BFS we were all in several different bands (this is actually my third band with Chris) and we were all fans of each other’s music.

As it would happen, all of the bands broke up within about a month of each other. And as mutual admirers, a few phone calls were made and within about 5 weeks the original lineup of BFS were rehearsing together.

Finally what do you as a band do to relax and unwind?

The best, most relaxing time we could have together as a band is to but us in a room with plenty of beer and let us just shoot the shit.