UK charity Bottletop and PledgeMusic announced the release of ‘Dream Service’, an album by star-studded musical collective The Bottletop Band, on 8th August, 2011. 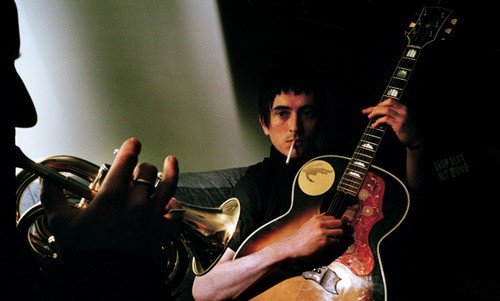 The Bottletop Band is a cross-pollination of the sounds and stars of Brazilian music with a host of like-minded British musicians. Artists involved in the record include the likes of Carl Barât, Gruff Rhys (Super Furry Animals), Matt Helders (Arctic Monkeys), Get Cape Wear Cape Fly, Money Mark, V V Brown, Babyshambles, Sam Sparro, Fink, Reverend and The Makers, Eliza Doolittle and Tim Burgess.
Fall of Rome by TheBottletopBand
All the artists involved have worked with a range of Brazil’s finest musicians and producers over a two year period between London, Rio and LA, The record has been spearheaded by Brazilian producer Mario Caldato Junior; the man often referred to as the fourth Beastie Boy, having produced the majority of the group’s back catalogue.

Available through groundbreaking direct to fan platform PledgeMusic, The Bottletop Band is a musical vehicle formed with the purpose of raising funds and awareness through credible musical collaborations.

With a limited edition Bottletop Band guitar strap and t-shirt set to accompany the album, the band themselves are planning to take the album into the live arena. Expect some familiar faces.
pledgemusic.com/projects/bottletopband
www.bottletopband.com