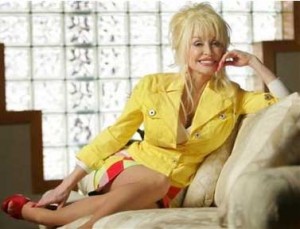 Dolly Partonâ€™s Imagination Library is celebrating the delivery of the 100,000th book through its UK programme.

Four year old Thomas Donkin from Wigtownshire received the very special delivery, which included a personal letter from Dolly herself, from postman Alan McColm this week. In her letter to Thomas Dolly explained: â€œI love books and the adventures they bring; and it is my hope that children everywhere would be able to enjoy the fun that books offer.â€

Children in Wigtown were some of the first in the UK to become part of the Dolly Parton Imagination Library – launched in the UK in December 2007 by the music star to encourage a love of reading in pre-school children.

Its roll out in the UK built on the educational programmes resounding success in the US and Canada, where it has now delivered over 22 million books. 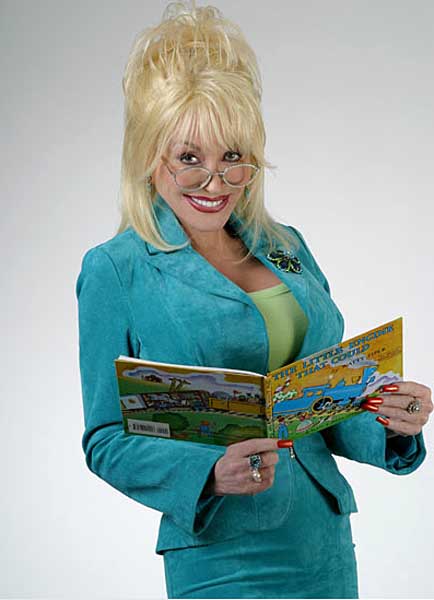 Thomasâ€™ father Chris Donkin commented: â€œItâ€™s a great scheme. We all look forward to the monthly arrival of Thomasâ€™ books from the Imagination Library and share in enjoying the tales they contain. This monthâ€™s delivery was of course particularly special as it contained a letter from Dolly herself.â€

Children in Wigtown have been receiving books through the scheme, which is part-funded and run by the organisers of the Wigtown Book Festival, since April 2008. Stena Line Wigtown Book Festival event spokeswoman Catherine Campbell said: “We are all absolutely delighted that a child from the Wigtown area received the 100,000th book, especially as it coincides with the start of this yearâ€™s annual book festival.â€

â€œThe festival runs 25th September to 4th October, with over 180 events taking place including a full childrenâ€™s programme, so weâ€™ll certainly
be taking time to celebrate the bookâ€™s arrival.â€

Since Dolly launched the library in the UK, the Imagination Library has been adopted by communities across the UK. Dolly Parton explained: Itâ€™s my dream that every child has a library of books which their parents can read to them from the moment they are born. Iâ€™m really excited that weâ€™ve now shared 100,000 books with kids in the UK.â€

Dolly Parton launched the scheme in her home county of Sevier, Tennessee, in 1996. The scheme works by local sponsors paying for children in their community to receive the books. In 2007 Rotherham Council became the first UK authority to join the Imagination Library, which is part of Ms Partonâ€™s umbrella charity, the Dollywood Foundation, with more communities signing up in the past 18 months.

Anyone wishing to find out more about how they can work with the Imagination Library and bring it to pre-school children in their area
should visit www.imaginationlbrary.com