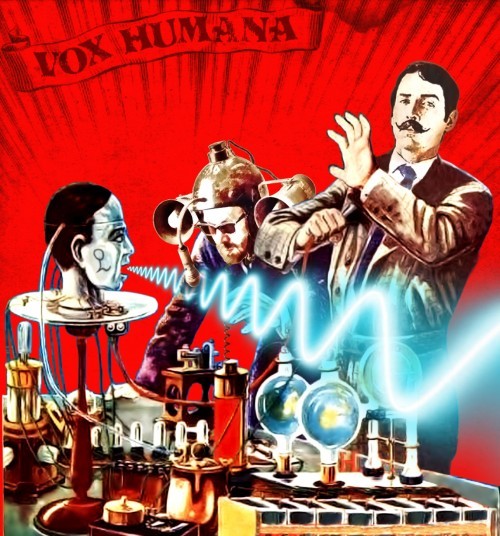 ‘Go Supersonic’ is like a glorious 60’s B-movie soundtrack exploding with added psychedelic funk and baroque pop.
The track is taken from the masterful album ‘Queen of the Wave’.

‘Go Supersonic’ is an extraordinary track and video (featuring high-octane vocals of Moomins and Shrek voice actress Sara Welling), belonging to an equally extraordinary conceptual journey of a record, based around the themes of Atlantis, Venus, sci-fi futurism and reincarnation written of in the mystical 19th Century novel ‘A Dweller On Two Planets’.
Such invention and attention to detail has not only resulted in an album of astonishingly unique music, but also an aesthetic very much Pepe Deluxé’s own with album companions, artwork and the videos themselves all product of Pepe Deluxé’s collective imaginations and eccentric flair.

Pepe Deluxé (Finland’s Jari Salo (aka James Spectrum) and Sweden’s Paul Malmström) will donate all the profits from the sales of the album to John Nurminen Foundation to be used in the Clean Baltic Sea project.

The aim of the project is to protect and achieve a visible improvement in the condition of the Baltic Sea, one of the most endangered and polluted seas in the world.
facebook.com/PepeDeluxeOfficial