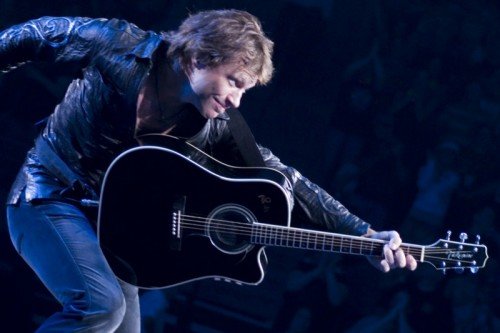 As Bon Jovi gears up for a monumental year, the all-American rock icons have announced the first set of U.S. dates, taking them from coast to coast on their “BON JOVI Because We Can – The Tour.”

The tour will kick off in Uncasville, CT on February 9, treating fans to one-night-only performances in U.S. arenas nationwide, plus multiple stadium shows including a two-night stand at MetLife Stadium in the band’s home state of New Jersey.

“BON JOVI Because We Can – The Tour” will make its way across the globe with dates in Europe, the Far East, Africa, Latin America and Australia.

Ensuring that there is truly something for every fan, Bon Jovi is offering a wide range of ticket options, starting at $19.50 (plus service charges). Tickets will go on sale in select markets beginning Friday, November 30.
bonjovi.com
#BecauseWeCan