Blur have followed in Iggy Pop and David Bowie’s footsteps by being the next band to be immortalised on LEGO Rock Band.

Gamers will be able to take on any of the bandâ€™s roles as they pick, strum, sing or drum along to Blurâ€™s anthem â€œSong 2â€ in LEGO Rock Band, the must-have video game this Christmas for players of all ages and abilities.

LEGO Rock Band is the family friendly music action game with an unmatched collection of rock and pop hits â€“ no obscure heavy metal in this game! With new Super-Easy mode for younger players, LEGO Rock Band works with existing Guitar Hero and Rock Band peripherals and features all the customisation, humour and building you’d expect from the award winning LEGO game franchise.

Released on Sony PS3, Microsoft Xbox 360, Nintendo Wii & DS, itâ€™ll hit retailers shelves in late November 2009 and is sure to be a massive hit with the whole family. 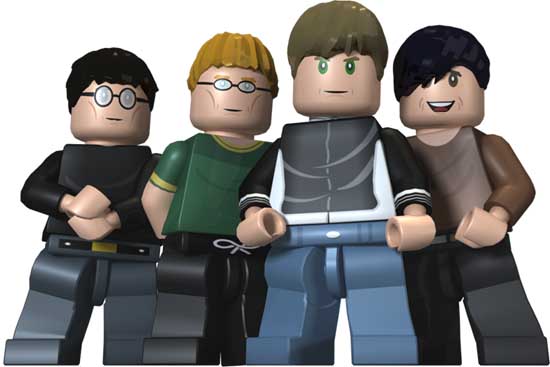